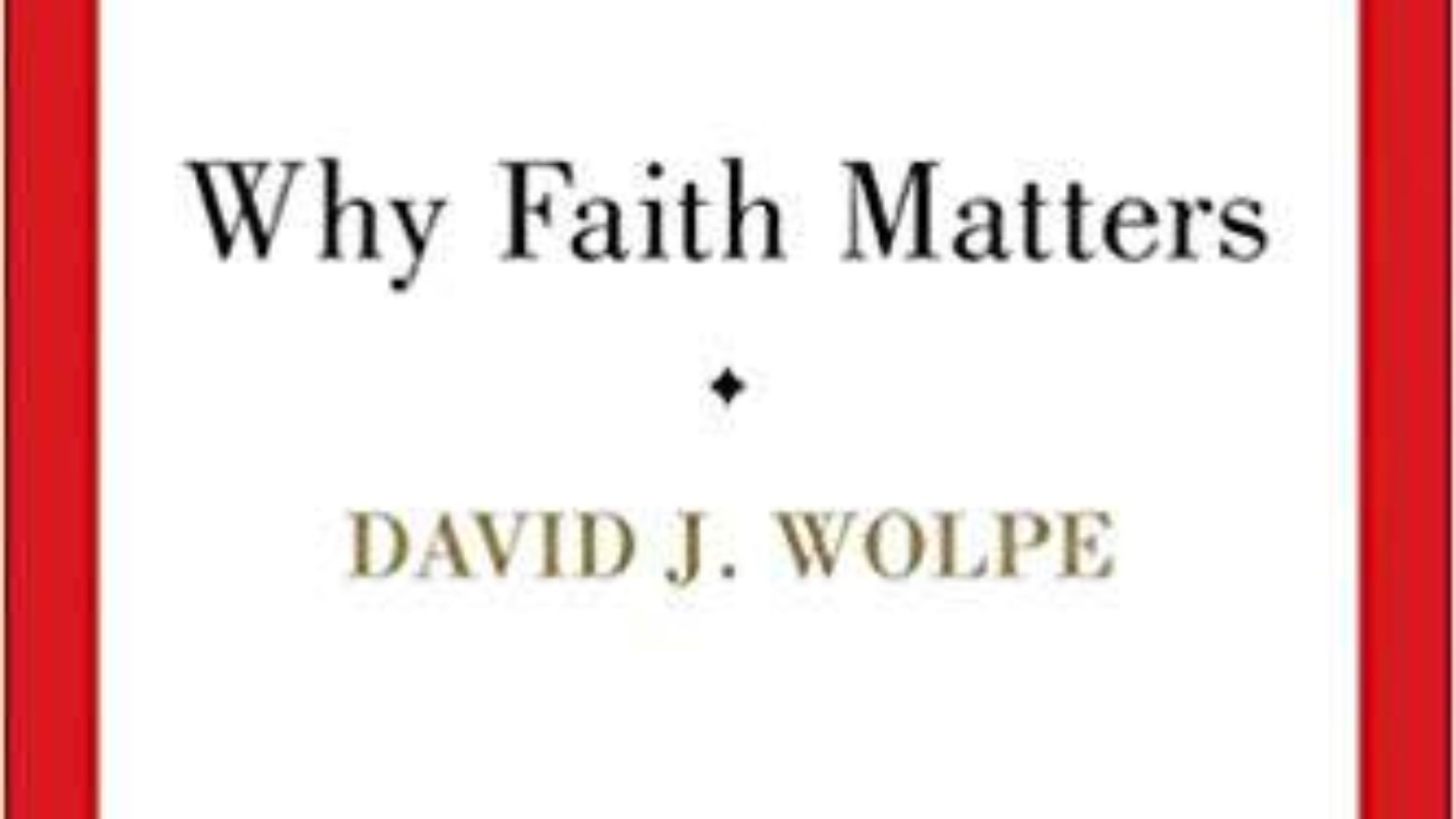 Is faith important? The past few decades (nay, centuries?) have brought us to the point where faith in something beyond our senses is seen as irrelevant. Besides, isn’t faith just a crutch? Hasn’t science emerged victorious as the explanatory force of the world? Doesn’t religion just encourage violence, war, and bigotry? Given religion’s track record, isn’t it better to shake ourselves free from its shackles?

According to Rabbi David Wolpe, faith and religion are so much more than pithy generalizations. In his book Why Faith Matters, Wolpe builds a case for faith in the world, beginning with his own struggle with belief in God at a young age, and moving through his battle with cancer later in life. There are two questions that drove Wolpe through everything, including the writing of this book: “Why are we here, and why is anything here?” (p. 37). Although simple, these are the most pressing questions mankind has ever known, and Wolpe believes faith makes them easier to answer.

There are two questions that Wolpe addresses that are common objections to faith: Does Religion Cause Violence? (Chapter 3), and Does Science Disprove Religion? (Chapter 4). Regarding the first question, Wolpe admits that horrible things have been done in the name of God and religion. However, he argues that not only has much more good been done because of faith but that the absence of faith does not automatically mean more peace. In fact, history has shown just the opposite. Wolpe says, “Those who believe that religion causes war, apart from the historical shakiness of such claims, seem to believe that without religion human beings would lead peaceful lives. This utopian wish rests on a naïve view of who we are at our core. Hostility toward the ‘other’ bedevils humanity, not the reality of God” (p. 71).

The second question involves the supposed battle between science and religion. Here, Wolpe criticizes those who would think that God is just a scientific problem to be solved: “Microscopes and telescopes will not show God, and the assertion of scientists that science can prove or disprove God is foolish. God is not a scientific problem. But as the psychologist Abraham Maslow wrote, if the only tool you have is a hammer, every problem tends to look like a nail” (p. 90). Rather, Wolpe argues that science and religion are compatible, illuminating each other, “assimilat[ing] modern discoveries into ancient insights” (p. 88).

There are many other topics addressed in this volume, including morality, evil, free will, prayer, and reading the Bible. I would caution potential readers by saying you will not agree with Wolpe on many things in this book. While you should be careful in reading, read it nonetheless. Note your disagreements against the backdrop of your own faith, but also find points of agreement and how you can incorporate his wisdom into your spiritual tool belt.

Overall, this is a good primer on the importance of faith in the world. It is weak in some areas and strong in others, but it serves its purpose: making the case that faith is needed:

But while there are many things that can doom us, only one thing can save us. Faith. Not blind or bigoted faith, but faith that pushes us to be better, to give more of ourselves, to see glimmers of transcendence scattered throughout our lives. Such faith is both an achievement and a gift: It is an achievement of seeking, questioning, yearning, reasoning, hoping, and it is a gift of God, who fashioned this world, whose goodness sustains it and whose teachings could save it if only we—believers and deniers both—would listen, would love. (p. 197-198)