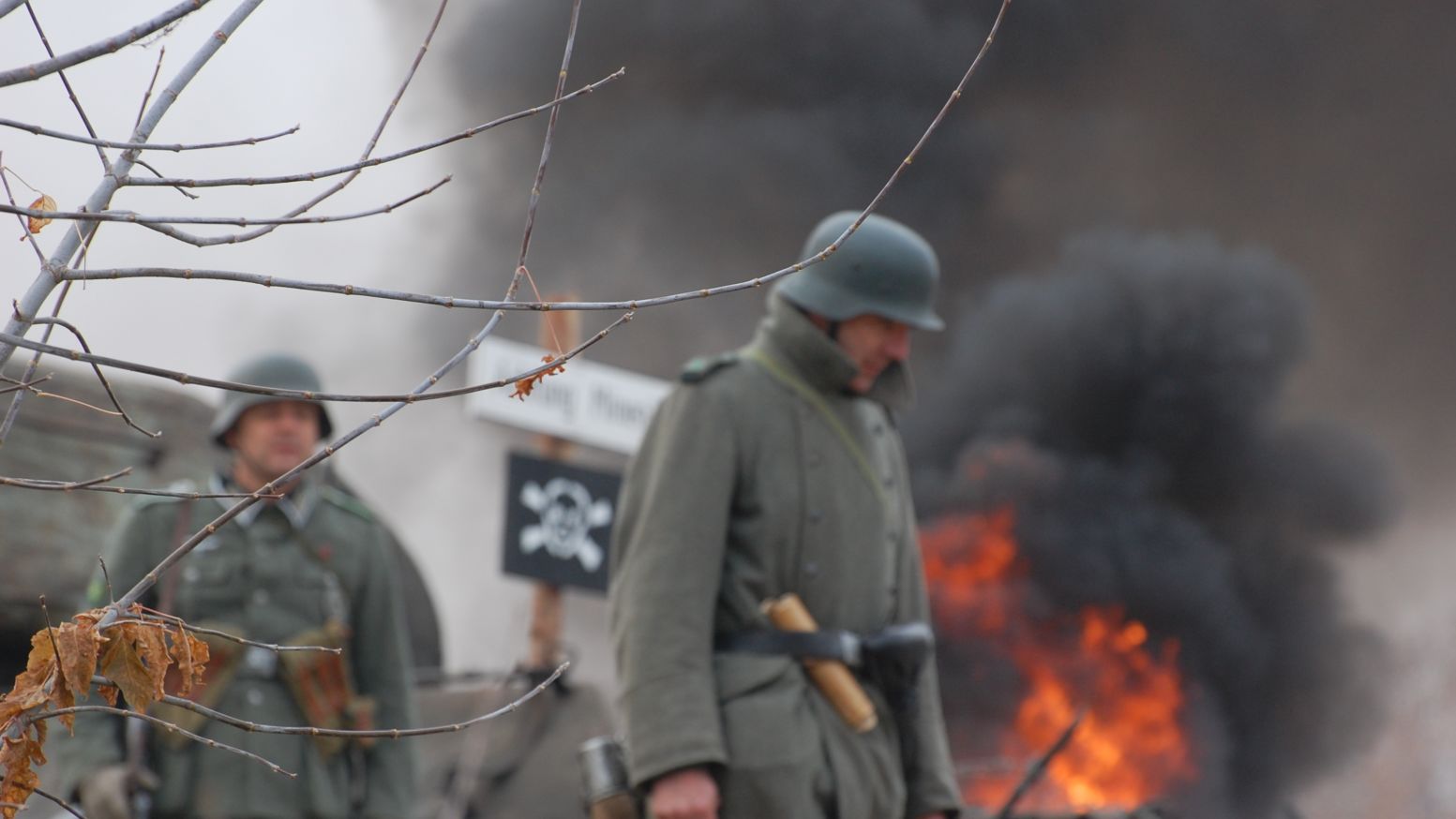 Critics of Christianity offer numerous arguments against the Christian faith, some more thoughtful and coherent than others. A popular tactic is to claim that Christianity is destructive and violent. In response, Christians often retort, “Well, what about Adolf Hitler? He murdered eleven million people!” Here militant critics of Christianity reply, “Oh yeah? Well, Hitler was Roman Catholic!”

Was Hitler a Christian? And can the horrors of his regime be laid at the feet of Christianity? Many atheists think so. In reality, there was nothing Christian about this man or the horrific movement he spearheaded.

It is true that Hitler had connections with the Roman Catholic Church in his youth. His early speeches often featured Christian language, with appeals for German citizens to conduct themselves in accordance with biblical teaching (e.g., to minimize violence and love their neighbors). He professed a seemingly sincere affection for the Roman Catholic Church. His messages, filled with hope and peppered with references to God, galvanized a defeated German people who experienced unemployment rates as high as 33% and who staggered under hyperinflation so severe that they burned money for fuel because it was cheaper than wood or coal. Hitler milked the Christian message for the kind of inspiration he needed in his rise to power as Der Führer.

Baldur Von Schirach, head of the Hitler Youth, confessed, “The destruction of Christianity was explicitly recognized as a purpose of the National Socialist Movement.”[1] German authorities attempted to do this very thing, by replacing Christianity with a state-approved faith that saw Hitler as a virtual messiah. Authorities replaced Bibles with copies of Mein Kampf and crosses with swastikas. Hitler quoted Scripture in his early speeches but later called it a fairy tale. German authorities banned the Bible in 1942.

A thirty-point program for the National Reich Church included steps such as the removal of crucifixes, Bibles and pictures of saints and the cessation of all activities involved in publishing and disseminating copies of the Bible. This Nazi-controlled church sought to replace Christian ministers, chaplains, and priests with National Reich orators. Mein Kampf was declared as the greatest of all documents which” not only contains the greatest but it embodies the purest and truest ethics for the present and future life of our nation.”[2]

British historian Alan Bullock notes, “In Hitler’s eyes Christianity was a religion fit only for slaves; he detested its ethics in particular. Its teaching, he declared, was a rebellion against the natural law of selection by struggle and the survival of the fittest. ‘Taken to its logical extreme, Christianity would mean the systematic cultivation of the human failure.’”[3] That Hitler would hold such views is not surprising; they are decidedly similar to those of the German nihilist philosopher Friedrich Nietzsche, whom Hitler admired. Nietzsche famously despised Christianity, whose ethic of love he blamed for the weakness of Europe as he perceived it. Any close examination of writings of Hitler’s associates and other high-ranking members of the German government would reveal similar attitudes toward the Christian faith.

Was Hitler a Christian? The shortest answer is a resounding “no.” He did not engage in his campaign of destruction because of Christianity. He did so by flying in the face of everything the Bible teaches. Any attempt to lay blame at the feet of Christianity for Hitler’s monstrous deeds runs contrary to the available historical evidence. Megalomania, cruelty, sexual deviance, genocidal race hatred, and a host of other immoral qualities indicate Hitler had almost nothing in common with Jesus Christ.