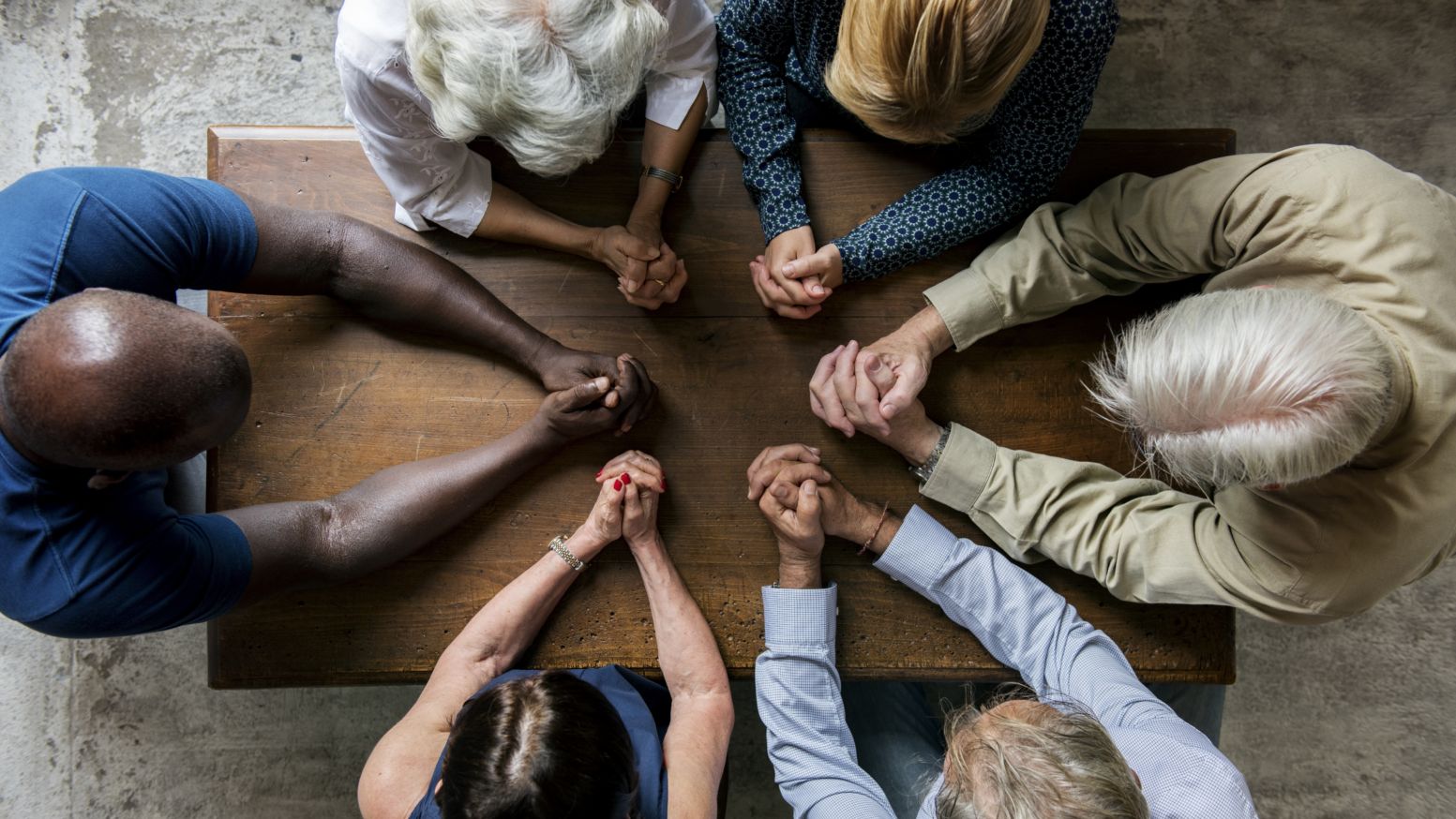 “The union of Christ and his Bride, the church, transcends complete human understanding. This side of eternity, where profound spiritual mysteries are anything but clear, we do not fully comprehend how Christ is united to his believing people.”[1] This metaphysical union is described by the New Testament phrase “in Christ.” The phrase “in Christ” is found around 91 times in the New Testament (this number is expanded to around 170 times if the corresponding “in him” is included). This phrase is used to describe an agency or how God has accomplished an act. So, the Spirit described God’s reconciliation as “in” or “through” Christ (2 Corinthians 5:19).

However, the phrase “in Christ” is also used to describe those who are “located” in Christ. Christians are individually members of the one body of Christ (1 Corinthians 12:27). This usage refers to the mystical or metaphysical union of the believer with Christ. The phrase is used to describe both the “personal, intimate fellowship with/joined closely to the exalted Christ” and “/part of the [spiritual] body of Christ.”[2] Christians are “said to be in Christ, because of their organic connection to him,” and because of this connection “they now associate with him in many and profound ways.”[3]

The power of this mystical union is seen in passages like Romans 8:1, “There is therefore now no condemnation for those who are in Christ Jesus.” In this section of Romans, Paul utilized the union of Christians with Christ as evidence for the Christian’s confidence in his or her salvation. Romans 7 described the struggle that even saintly people, such as Paul, continue to have with sin. We readily identify with Paul who wrote, “I delight in the law of God, in my inner being, but I see in my members another law waging war against the law of sin that dwells in my members. Wretched man that I am! Who will deliver me from this body of death?” (Romans 7:23-24). That deliverance is possible, and it is a reality because Paul, and all other Christians, have been incorporated into the body of Christ. The saved person is “in Christ Jesus” and is therefore “a new creation” (2 Corinthians 5:17). Since Christians are “in Christ,” they are given grace “in Christ Jesus before the ages began” (2 Timothy 1:9). The Christian becomes those who are chosen “in Christ before the foundation of the world” (Ephesians 1:4). Christians also are redeemed and forgiven because they are “in Christ” (Ephesians 1:7).

God’s grace is poured out upon his people because they are in the Son whom he loves. He has “blessed us in Christ with every spiritual blessing in the heavenly places” (Ephesians 1:3). The Christians are blessed because God the Father is glorifying God the Son (John 17:5) and they have been incorporated into the body of Christ. These blessings which come from being in Christ reveal the importance of the Christians incorporation into the body of Christ.

How precious are the words of Paul who said, “for in Christ Jesus you are all sons of God, through faith. For as many of you as were baptized into Christ have put on Christ” (Galatians 3:26-27). Paul expounded upon the glory of this union when he wrote:

Do you not know that all of us who have been baptized into Christ Jesus were baptized into his death? We were buried therefore with him by baptism into death, in order that, just as Christ was raised from the dead by the glory of the Father, we too might walk in newness of life. For if we have been united with him in a death like his, we shall certainly be united with him in a resurrection like his. We know that our old self was crucified with him in order that the body of sin might be brought to nothing, so that we would no longer be enslaved to sin. For one who has died has been set free from sin. Now if we have died with Christ, we believe that we will also live with him. We know that Christ, being raised from the dead, will never die again; death no longer has dominion over him. For the death that he died he died to sin, once for all, but the life he lives he lives to God. (Romans 6:3-10).

Paul’s entire argument is based upon the spiritual union of Christians in Christ. Since Christians are in Christ: they are dead to sin; they are alive to God; they are united with Christ in his death; they will be united with Christ in his resurrection; and they are free from sin. Paul’s argument in Romans 6:1-10 is much more than using Christ as an example for us to follow. Paul is saying that these things are objectively true because we are in Christ.

[1] Bruce A. Demarest, The Cross and Salvation: The Doctrine of Salvation, Foundations of Evangelical Theology (Wheaton, IL: Crossway Books, 1997): 333.