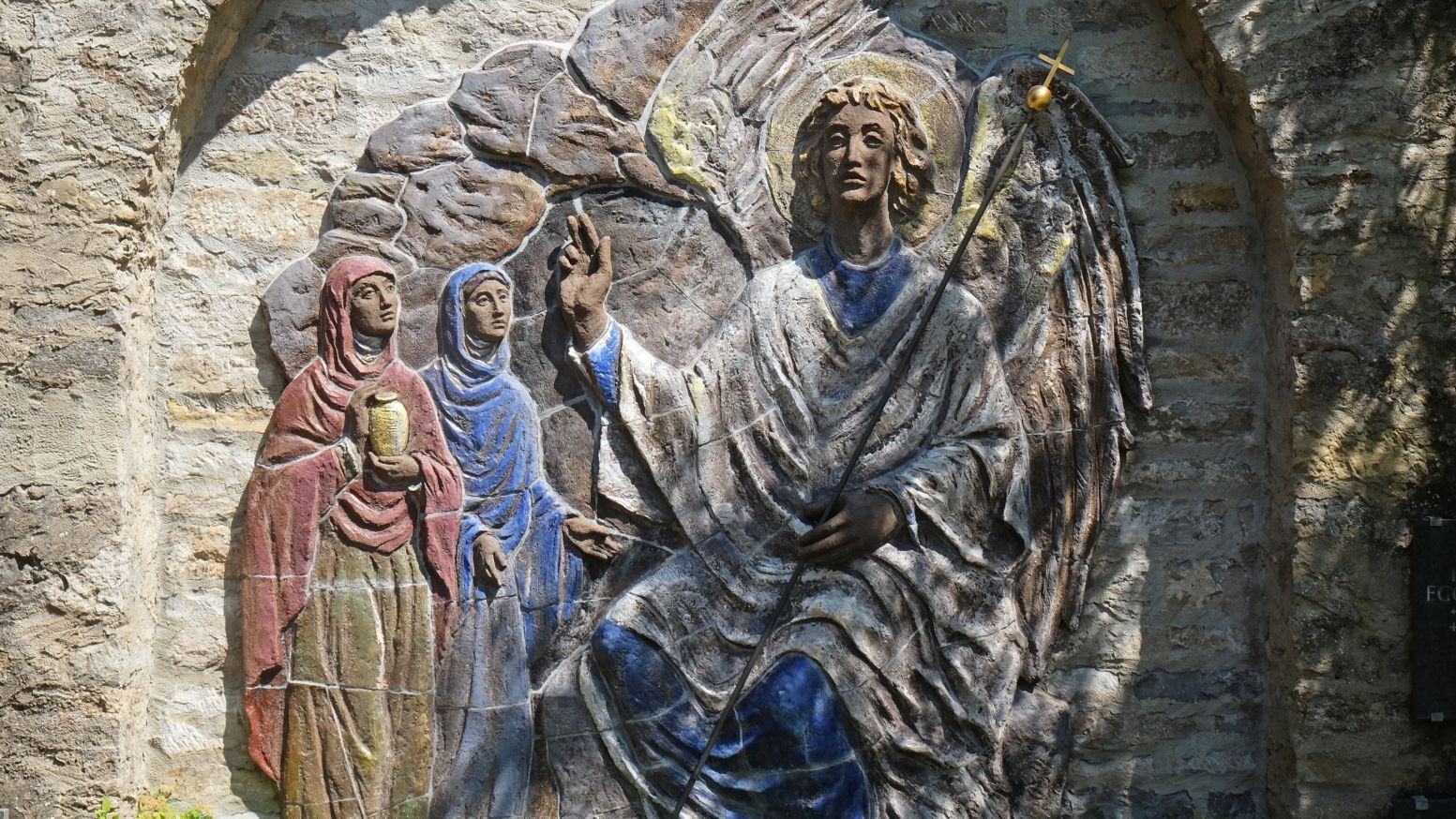 Foundational to the Christian faith is the Bible claim that Jesus’ tomb was found empty on the third day. This fact entails Christ’s resurrection and validates the claims to deity made about him in prophecy and in his own teaching ministry. Notice the following verses:

Mark 16.6. And he said to them, “Do not be alarmed. You seek Jesus of Nazareth, who was crucified. He has risen; he is not here. See the place where they laid him.

1 Cor. 15.4 That he was buried, that he was raised on the third day in accordance with the Scriptures.

Col. 2.12 Having been buried with him in baptism, in which you were also raised with him through faith in the powerful working of God, who raised him from the dead.

An objection often raised against this claim is that the early church invented the empty tomb theory to give their new religion a supernatural origin. One way to respond to this objection is by noting that women followers of Jesus were the first eyewitnesses to the empty tomb.

According to the gospels, it was women disciples who found the tomb empty:

Now on the first day of the week Mary Magdalene came to the tomb early, while it was still dark, and saw that the stone had been taken away from the tomb. John.20.1.

This is odd because in first-century Palestine, the testimony of women was not held as reliable. Rather, men had higher status and women were looked down upon. Their roles were confined to the home. They could not go out to commerce without a slave.[1] And, they were often veiled and illiterate. Thus, their testimony in court was devalued.

Despite these facts about first-century society, the gospel writers were so convinced that these women saw the tomb empty that they included their testimony in their preaching of the bodily resurrection as prime evidence of the uninhabited tomb. Why would women, being seen as inferior economically, socially, legally, and religiously in that era, be given such a central role in testifying to the fact of the empty tomb?! The inclusion and centrality of this unlikely fact in Scripture suggests that the Gospel writers were telling the truth. They simply never would have written the story this way if they were making it up.

[1]“It is the way of a woman to stay at home and it is the way of a man to go out into the marketplace” Bereshit Rabbah 18.1. In Aristotle’s’ Poetics, he viewed women as inferior to men (that in a play, women and slaves can have good in them yet the former being inferior and the latter being worthless 1454a20). As an apologist of male supremacy and slavery (“Greeks should enslave Barbarians as they are natural slaves”), he also made the statement that women are incomplete men.