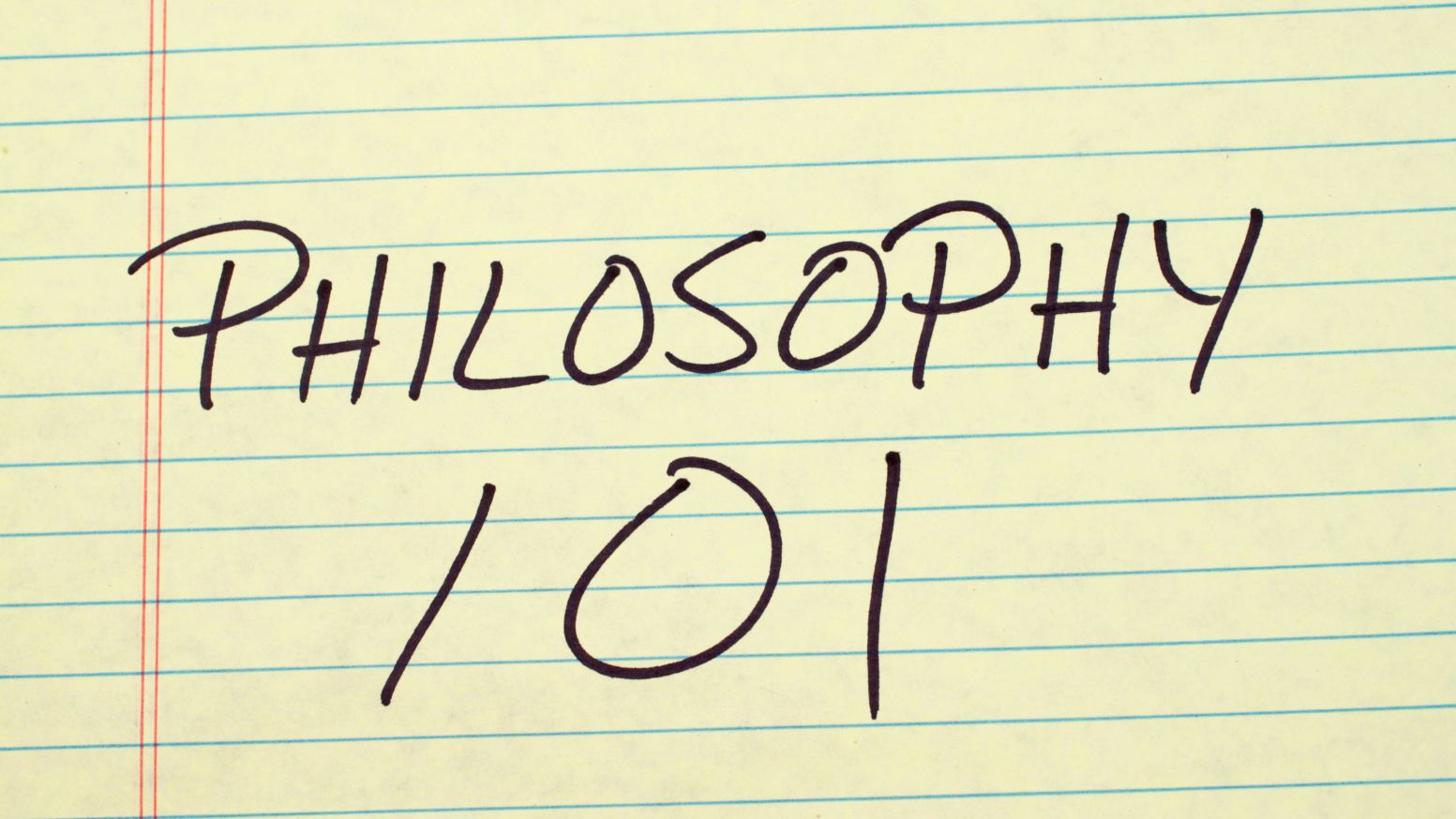 You Are Wrong About Everything

What if on the first day of your Philosophy 101 class your professor stood up and said, “You are wrong about everything.” According to one professor (see the link above beginning at 3:06), this is exactly what he does. He argues that:

3. You do not know that you exist.

4. You do not know that he exists.

5. You absolutely will not escape the death and destruction of your physical body.

How would you deal with this?

The hard truth is that you would have to learn to do philosophy.[1] To answer any argument that the professor made, you would have to reason and create an argument of your own. I hope that you will consider the importance of having a reasoned answer before you get into this situation. And, I want to assure you that if you take a philosophy class, and I hope you will, you will get into this situation.

Here are some thoughts on how to respond to these challenges from philosophy:

1. God exists. The Cosmological Argument, the Fine-tuning Argument, the Moral Argument, and the Ontological argument provide strong reasons to believe that God exists. Together, they provide enough evidence for God’s existence to overcome challenges from things like the problem of evil or big bang cosmology.

2. You have free will. Arguments against free will are either based on biased or false premises (man is only physical, for example) or on bad or poorly interpreted evidence (as in the Libet Studies or cases of brain damage). Unless there is a defeater for our strong and universal impression that we have free will, we are perfectly justified in believing on the basis of our immediate conscious experiences that we have free will.

3. & 4. It is pointless not to trust our senses. Notice that the professor does not challenge the fact of our existence, but our ability to know it. This kind of skepticism about the reliability of our senses is a common theme in philosophy. You should know, though, that common sense rightly suggests that our senses can be trusted. According to philosophers like Thomas Reid, our senses, like our reasoning abilities, are...[2]

all fitted by Nature to produce belief in the human mind, some of them in the highest degree, which we call certainty, others in various degrees according to circumstances.

5. You have, or are, a soul. There are three main arguments which support the idea that we are souls. First, we have a strong intuition that we are disembodiable. That is, it seems to us that we could exist even if our bodies did not. This is the idea that we have bodies but that we are not one-and-the-same with our bodies. Consider, for example, that our bodies grow old, but we have the sense that we do not. Second, your body is divisible, but you are not. If you were to lose a leg, would you think that you were somehow less you than you used to be? Probably not. Third, your mind is not the same as or “reducible to” your brain. Whereas your brain states have size, shape, and location, your mental states (you might call them “what it is like” experiences) do not. Additionally, your brain states may be observed by others via various imaging tools, but your mental states cannot be. These differences between brain states and mental states suggest that they are different things. Though your brain states are simply conditions of the neurons in your brain, your mental states are not. Instead, it can be argued that they are experiences in, or of, your soul. There are many things which we cannot see, but which we know exist. Why shouldn’t we think the soul is one of them?! Of course, if we have souls, then we will outlive the deaths of our bodies.

I hope you will take Philosophy 101. It will be a great learning and growing opportunity. But, go in prepared! Otherwise, you might leave believing you are wrong about everything.

[1]This, of course, is the professor’s goal and his stated reason for raising these points is "to provoke students to think."