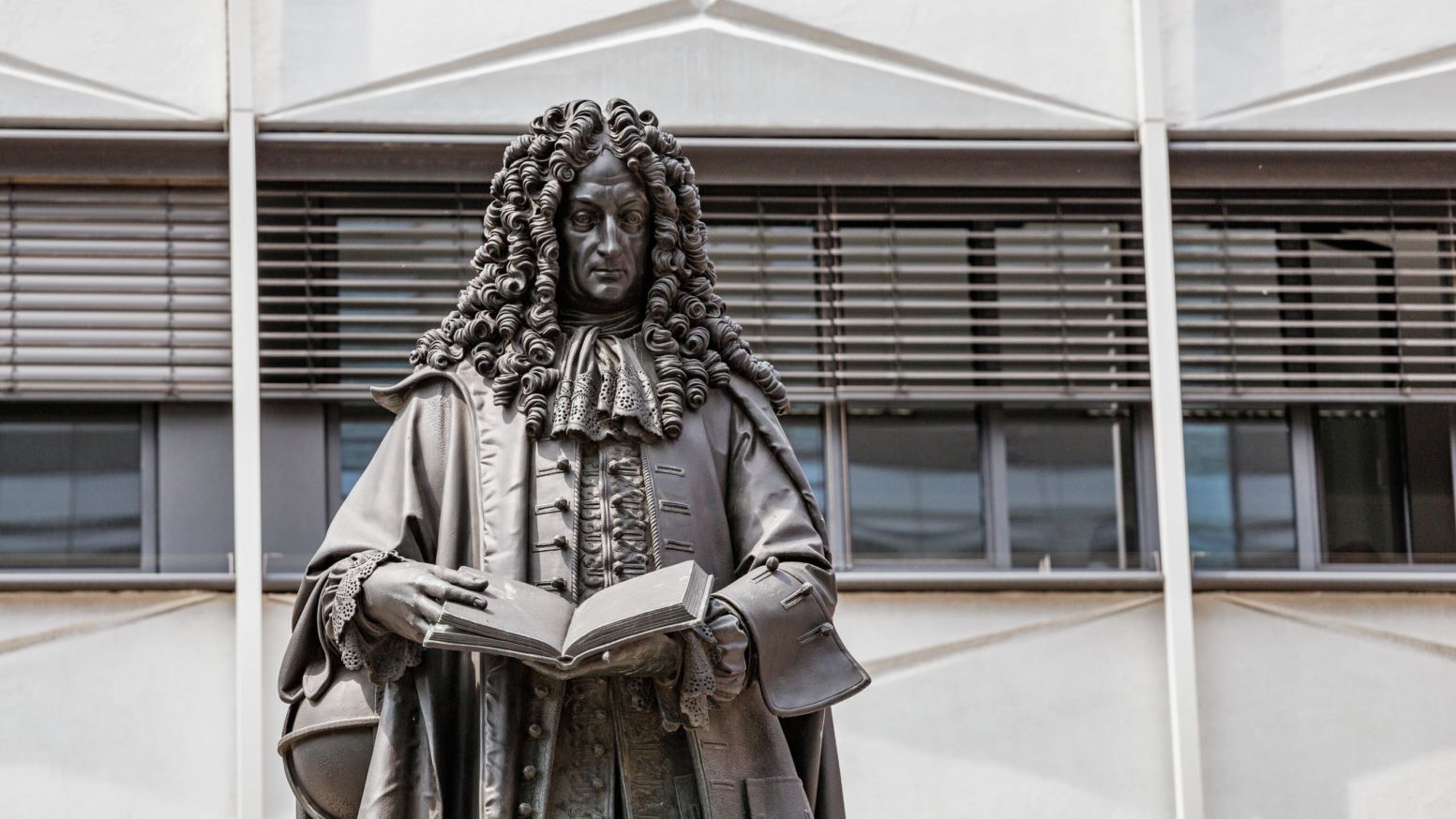 Here we continue Leibniz’s second of four contingency arguments for God. If you missed Part 1, find it here.

From Theodicy[1] and On the Ultimate Origin of Things.[2]

So what if “God exists”? That phrase proves nothing toward the biblical God if “God” is impersonal (an “it” rather than a “He”). If at least one necessary thing or “brute fact” must be accepted, why “God” and not the universe? Consider Leibniz’ second argument:

Due to the impossibility of infinite regress, nothing without free agency for spontaneous action can be the “brute fact” or “necessary thing” behind the finite timeline of the universe. Among the possible alternatives (existence and nonexistence) of which this is one, “to fix upon one of them can be nothing other than the act of the will which chooses”.[1] Therefore neither the universe itself, nor the impersonal “god” of pantheism, can be the necessary thing. The necessary “God” must be personal.

So what if a personal God willed the universe once? That doesn’t mean He cares about it now. Supposing God stepped away from the universe after creating it, every claim of divine intervention—that is, every Abrahamic religion—would be entirely false. Can we reasonably believe it possible for this necessary and personal “God” to remain in contact with the universe He caused? Stay tuned for Part 3!

[1] Leibniz, Gottfried Wilhelm. Theodicy: Essays on the Goodness of God, the Freedom of Man and the Origin of Evil. Project Gutenberg, 2005.