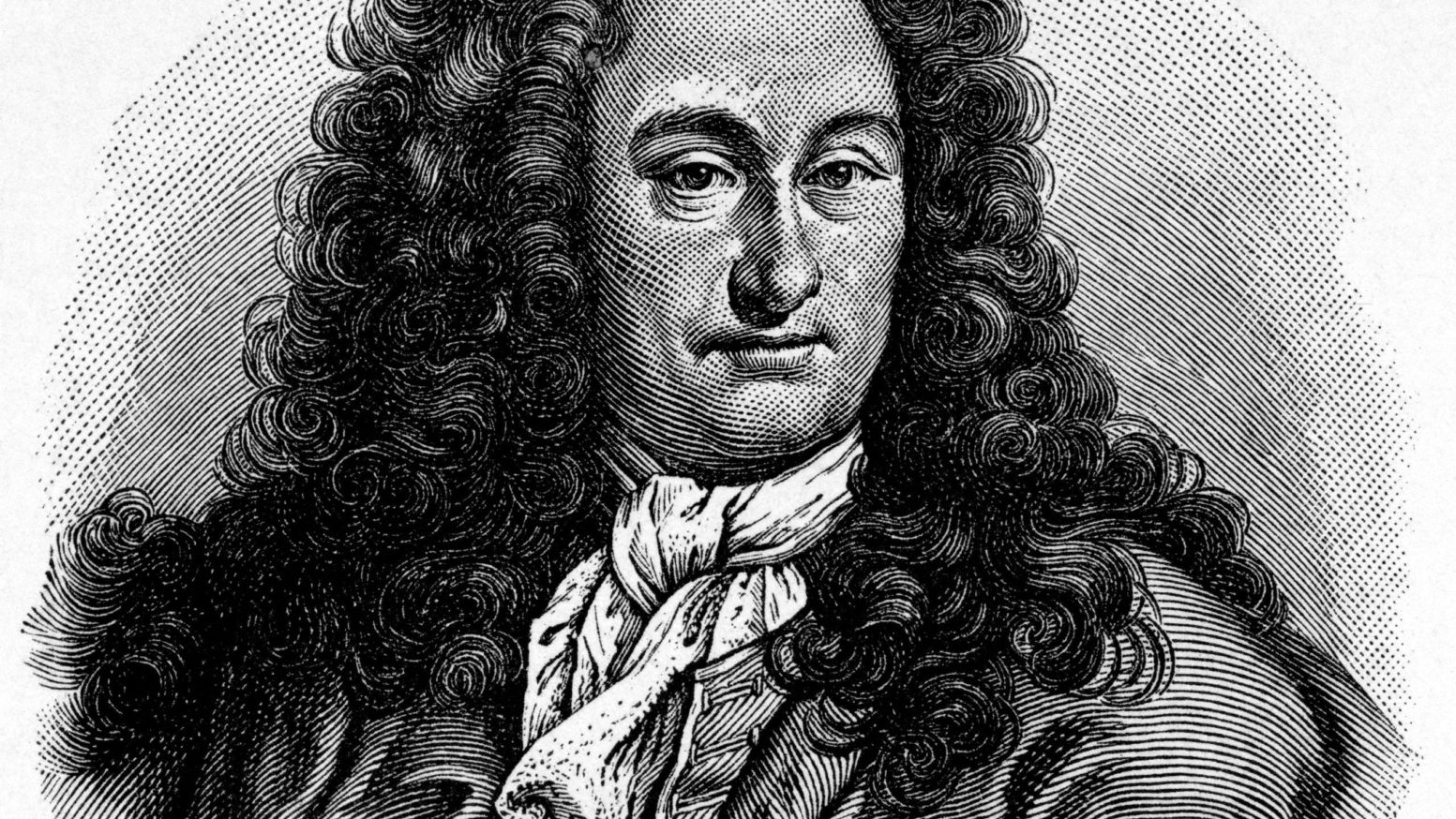 Why would someone smart enough to invent calculus believe in God? And what kind of God would they believe in? Gottfried Wilhelm Leibniz (1646-1716) wrote extensively to answer these questions. A brilliant German logician, mathematician, and father of differential and integral calculus (independently of his contemporary Sir Isaac Newton—who also believed in God), Leibniz let none of his beliefs about God go unscrutinized.[1]

This series condenses the results of that scrutiny: four arguments toward the biblical God and their implications. We’ll walk through Leibniz’ arguments one at a time, first in syllogism, then in detail, then in simple English. Ready?

From The Principles of Nature and of Grace[3], The Monadology[5], and On the Ultimate Origin of Things.[4]

“The first question which should rightly be asked would be, ‘Why is there something rather than nothing?’”[3] That’s where Leibniz’ first argument begins:

Because all existing things must be justified, and contingent things cannot suffice, a necessary thing must exist, which Leibniz calls “God”.

So what? Right now, “God” is a meaningless label. What if the universe itself is this necessary thing? Leibniz has just begun—stay tuned for Part 2!

[2] Leibniz, Gottfried Wilhelm. Theodicy: Essays on the Goodness of God, the Freedom of Man and the Origin of Evil. Project Gutenberg, 2005.

[3] Leibniz, Gottfried Wilhelm. “The Principles of Nature and of Grace.” Discourse on Metaphysics, On the Ultimate Origin of Things and Other Principal Essays. Translated by George Martin Duncan, George R. Montgomery, and Robert Lattar, Ukemi Audiobooks, 2019.

[6] That is, “I think, therefore I am,” the famous a priori proof of, at a minimum, one’s own consciousness. Descartes, René. A Discourse on Method. Project Gutenberg, 2008.