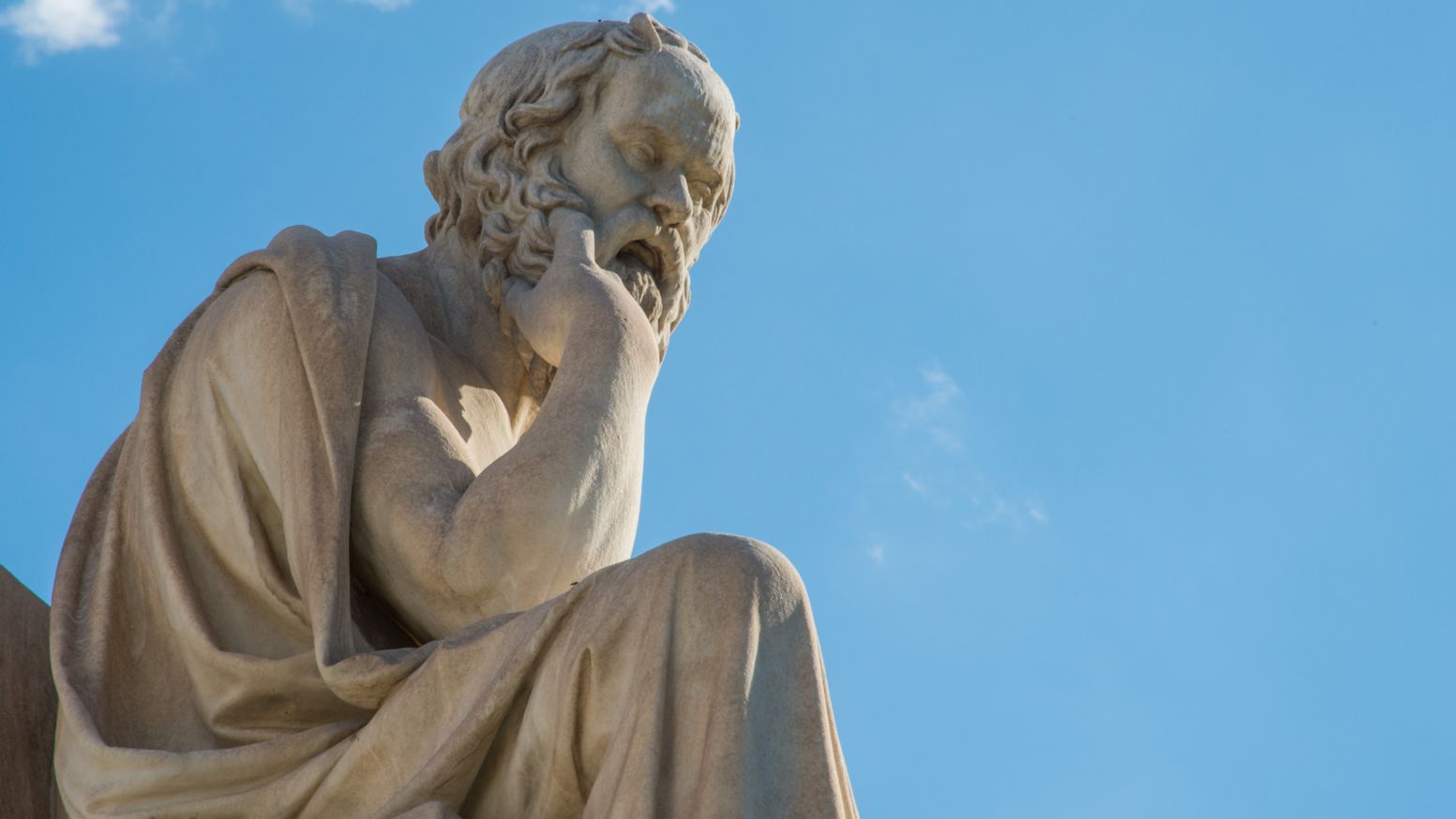 On rare occasions when discussing Christianity, a person will claim that Jesus was not a historical figure. I can remember being at Longwood University talking to some roommate (shout out to Frazier 8!) about Jesus, and one gentleman chimed in, “Is it true that Jesus didn’t write one book of the New Testament?” “Yes,” I replied. He shot back with, “How can you believe anything in the New Testament when he didn’t write one single word?”

While this may not be the first question asked about the authenticity of the gospels or the historicity of Jesus, it is one Christians need to be prepared for. When I do my “Atheist Encounter” session for congregations, I usually pull this one out of the hat and watch the stunned and confused looks on people’s faces.

While it is true that Jesus didn’t physically write any of the New Testament books, this is not an open-and-shut case against the reliability of the gospels. Actually, I believe it strengthens the case. How? Socrates! That might seem like a random, incoherent answer, but this is a helpful comparison which can be drawn between Socrates and Jesus.

Socrates was a famous Greek Philosopher who helped shape modern philosophy. While philosophers of his time believed everything came from wood, fire, and water, Socrates introduced the idea of the eternal soul. There are few people, if any, in the academic world who would deny that Socrates had a major impact on philosophy or that was a real person. However, Socrates never wrote anything. This raises the question how do we even know that Socrates was a real historical figure? Thankfully, Socrates’ teachings were preserved by Plato, his student, in Plato’s writings. These recordings allow historians to see what Socrates taught, believed, how he interacted with people, and his overall brilliance as a philosopher. In the same way, the gospels are written by Jesus’ students. They observed what he did, what he taught, believed, and how he interacted with people as well. If we have good reason, on the basis of Plato’s writings, to believe Socrates existed, then from the writings of Jesus’ students, we have enough information to show he was a historical figure.

If skeptics are going to be consistent, they cannot apply the “lack of personal writing” standard to Jesus and not to Socrates. If this standard is enough to show that Jesus wasn’t a historical figure, then the same conclusion should be applied to Socrates. However, it does not follow logically that, because neither figure wrote anything personal, they didn’t exist. To go one step further, there is more attestation by more students regarding Jesus than Socrates in antiquity. Given these facts, it is reasonable to conclude that Jesus was a historical figure.