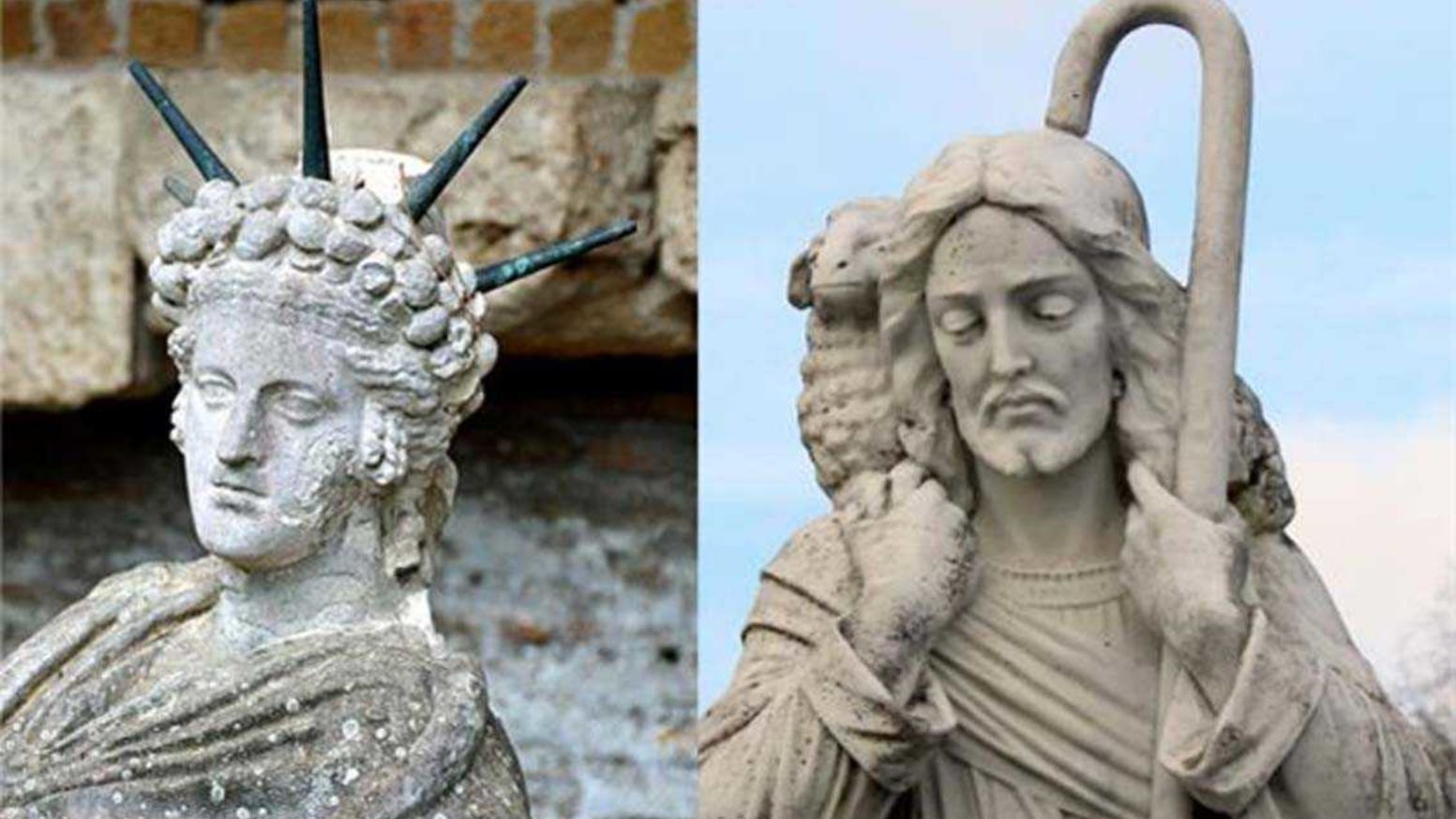 As the mythology goes, Agdistis, a demon with both male and female parts, was born from the seed that Zeus once let fall upon the ground while he was asleep. Agdistis’ double sexuality scared the gods, however, so they cut off his male organ. From this amputated organ grew an almond tree. The story continues that when the daughter of Sangarius passed by the tree, she took the fruit and laid it on her bosom. The fruit disappeared. And shortly after the fruit vanished, she found herself pregnant. The child she gave birth to was named Attis.[1]

The “Resurrection” of Attis

Attis unknowingly gained the favor and love of the goddess Cybele. However, Attis fell in love with another woman, the King of Pessinus’ daughter, and wanted to marry her. Filled with rage, Cybele drove Attis mad and, in his insanity, he castrated himself. Because of his wound, Attis bled to death in the forest. Grief-stricken, Cybele is said to have brought Attis back to life. According to the story, the tree near which Attis died took care of his spirit and Zeus made sure his body did not decompose.[2][nl1]

When comparing Attis and Jesus, the evidence reveals that the two have little in common outside of the fact that they both died. Furthermore, the stories of their resurrections are drastically different. The only thing that takes place with Attis’ body is that it is preserved, grows hair, and his little finger moves. This is not a resurrection. This is just mythological life support. Jesus, on the other hand, is reported to walk with, eat with, and speak with his disciples, having obtained a resurrected and glorified body.

While the common copycat trope makes its rounds on YouTube and Twitter, on close examination, there is no parallel between the resurrection narratives of Attis and Jesus. We are justified in concluding then that the account of the resurrection of Jesus was not copied from the mythology of Attis.