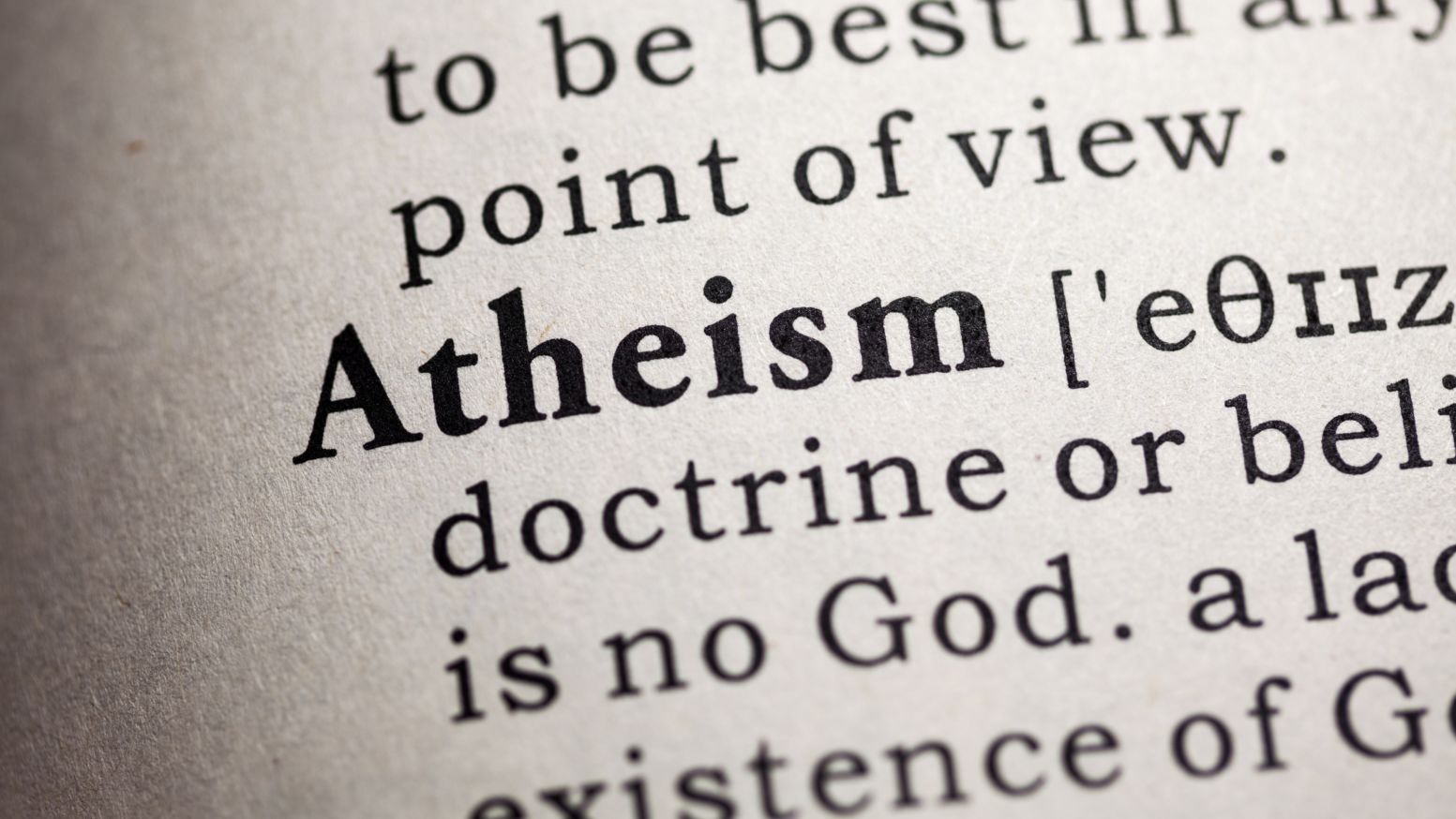 There is an idea going around that theists alone hold the burden of proof, not atheists. “If you want to make the positive claim that God exists,” they say, “you must prove that claim true or false.” We might then wonder, “Aren’t atheists making a positive claim that God doesn’t exist?” By saying, “I believe there is no God,” aren’t they, too, tasked with proving their claim true or false? The answer, according to them, is no. They would say theirs is not a belief, but a “lack or absence of belief.”[1] In his book, God Is Not Great, the late Christopher Hitchens explains, “Our belief is not a belief.”[2] So, what exactly are atheists saying?

If we take them at their word, and atheism is simply an absence of belief in God requiring nothing further, then they aren’t really saying anything at all. By their own standards, we cannot determine the truthfulness or falsity of God’s non-existence, all while they “sit there and throw stones at everybody else’s beliefs, while not having to bother justifying their own.”[3] Beliefs and claims are the only things that can be true or false. If atheism is a non-belief, then it is neither true nor false. It all seems rather convenient for the atheist, which is exactly what they throw at theists regarding God’s existence.

Another point to consider is are there any actions that flow from this non-belief? Andy Bannister says this about the actions of atheism,[4]

For a non-belief, [atheism] leads a pretty busy and exciting life. For example, many Internet-dwelling atheists spend hundreds of hours reading sceptical [sic] websites, editing Wikipedia articles, writing angry blogs, frequenting atheist discussion forums, and posting snarky anti-religious remarks on Twitter. These look very much like actions to me. Actions, I presume, caused by their atheism. I know many atheists who attend conferences, buy T-shirts with atheist slogans, or fasten amusing atheist bumper stickers to their Hondas. Some, like Richard Dawkins, write books. Now, there’s a puzzler.

A puzzler, indeed! Why spend all that time and energy with various groups, in activities, and writing books for a non-belief?

A final consideration is whether atheism informs other beliefs in a person’s life. Are there beliefs the person holds or doesn’t hold because of their atheism? Simply, yes. For example, most atheists I know hold to materialism and/or naturalism. When presented with evidence that there could be a Creator, they quickly dismiss the possibility because “they don’t believe in God.” Why would a non-belief carry with it such strong opposition to the possibility of a Creator? If atheism is simply the absence of belief in God, then couldn’t evidence pointing in the direction of God help develop a belief in God? A reason this wouldn’t happen is that their atheism is, in fact, helping to shape their view of the world. It is because of their atheism they do not consider God a possibility.

[1] Antony Flew gives a treatment of this: http://commonsenseatheism.com/wp-content/uploads/2009/09/Flew-The-Presumption-of-Atheism.pdf

[3] Andy Bannister, The Atheist Who Didn’t Exist, p. 33. I thank Andy for his book that helped me think through the points he raised.