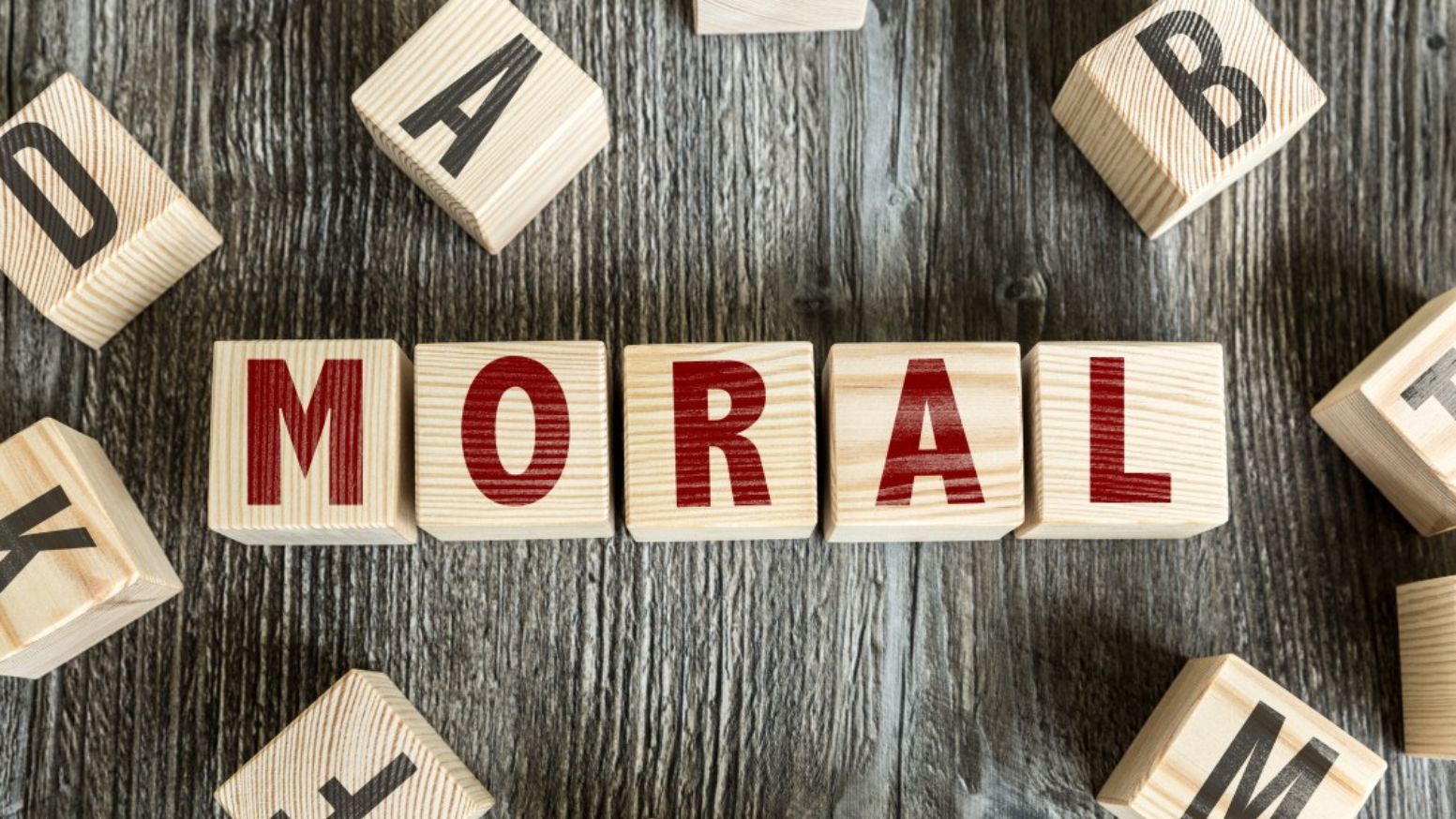 The moral argument for the existence of God is the last of the “Big Three” arguments for the existence of God to be covered in this series. The moral argument is different from the other two in that it argues not from the observable, physical universe, but from an accepted and observable truism. That truism is that there is an objective moral standard.

The moral argument for the existence of God is predicated on the existence of morality. Not that all people always act moral, but that there is an innate, over-arching sense of right and wrong by which the world and society ought to operate regardless of personal opinions, feelings, desires, etc. (i.e. an objective moral standard).

The moral argument has been around for quite some time but rose to the forefront with C.S. Lewis’ publishing of Mere Christianity and the aftermath of World War II. The moral atrocities that occurred during the Second World War led many to ponder the concept of a transcendental moral standard. The acts of Nazi Germany in the Holocaust were technically legal under German law. But, the prosecutors of the Nazi operatives insisted that there was a moral law that transcended the law of any one nation or state.

If morality is subjective (i.e. determined by the majority or the product of subjective processes), there is no real way to say that what Nazi Germany did was morally wrong. In his debate with atheist Antony Flew, Thomas B. Warren made this same point and presented the following syllogism:

While many accept an objective moral standard (it cannot be rationally rejected), there is discussion over what was the creator or catalyst of this standard. It is often purported that either the evolutionary process or superior human intelligence, etc. is the source of objective morality. The problem with this is that if evolution is the cause of morality, then morality was at one time different and could in the future be different. Humans could continue to evolve to the point of murder, rape, etc. no longer being morally wrong, and at one time in the past these things were not morally wrong.

Further, the idea that human intelligence or majority rule is the standard of morality is likewise flawed. Under this understanding, if enough people claimed the Holocaust was morally good then it would have been. Or, if the smartest humans say that rape is morally good, then it is. With these explanations, objective morality does not truly exist, and the implications are horrific.

Strengths And Weaknesses Of The Moral Argument

The strengths of the moral argument for the existence of God are many. This argument is effective because morality is something that everybody feels strongly about (including skeptics) and is a powerful testimony to the existence of God. Further, it is helpful because it exposes some of the unfortunate moral implications of godless worldviews.

Another strength of this argument has to do with the problem of evil. The problem of evil is often cited by skeptics to prove the nonexistence of God. It is often proposed that if an all-good, all-powerful God existed, then evil would not. However, the fact that we can call anything “evil” proves that there is an objective standard by which we can discern evil or good. If there are acts which are objectively good or evil, then there must be an objective standard. If there is an objective moral standard there must be a giver of this objective moral standard. With the moral argument, it can be shown that even the existence of evil, contrary to popular belief, proves that there is a God.

Unfortunately, sometimes the moral argument is used, and the skeptic mistakenly believes that the arguer is saying that atheists and other people who reject God cannot be moral. That’s not the argument. The argument is that the objective moral values which exist prove an almighty Creator. When using this argument, Christians must be sure to make it clear that they are not saying that atheists cannot be moral, but rather that morality as whole points back to God.

Morality is real, able to be discerned, and objective. Morality points back to God.