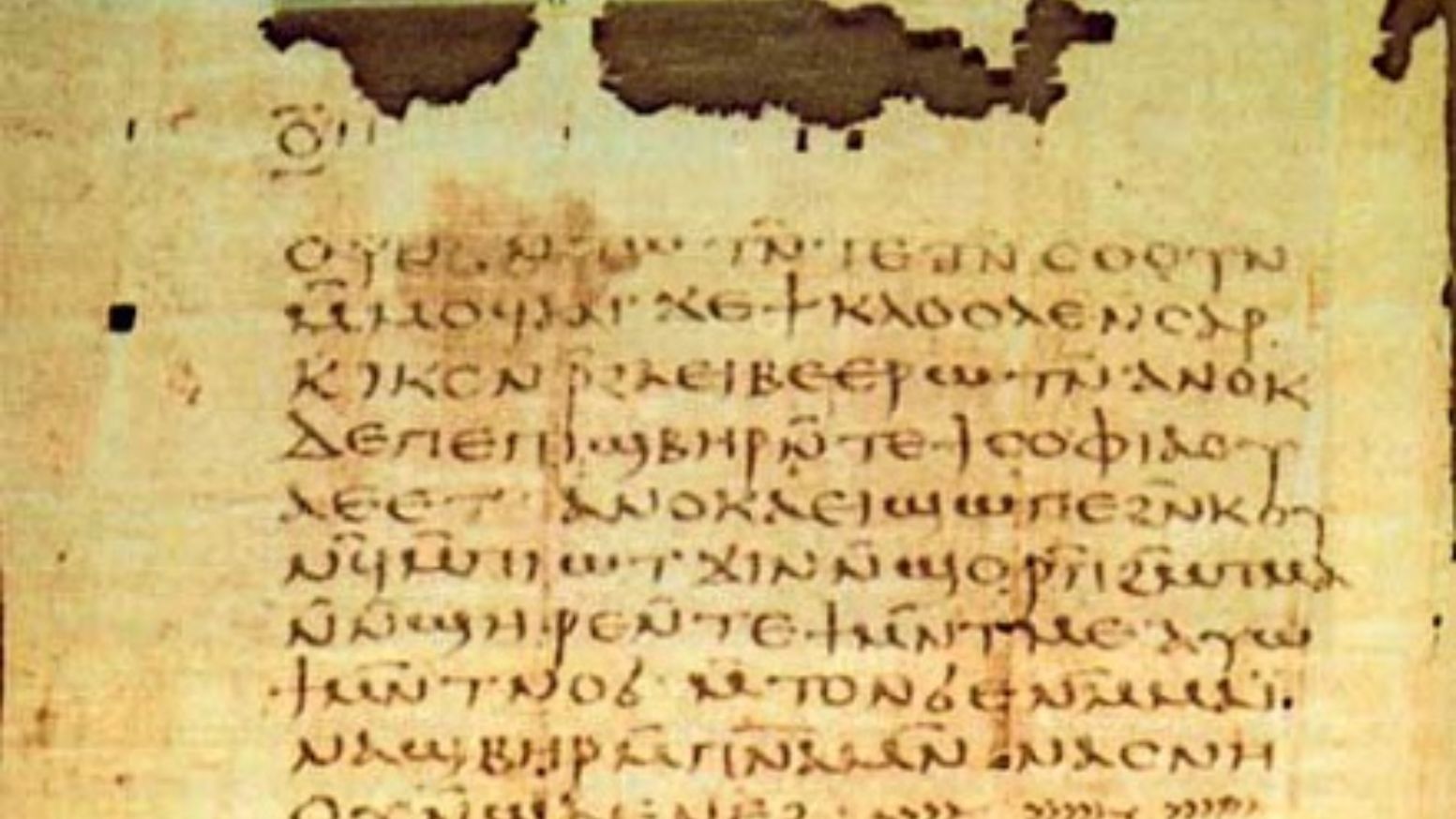 A popular viewpoint among some scholars is that Christianity included a much wider variety of theological views in the first few centuries of church history. We may hear that the early Christians used many books not included in the Bible today, or that there were many different kinds of faithful believers. This group includes the Gnostics, who produced numerous books unfamiliar to most believers today.“Gnosticism” is a fairly large umbrella that includes a number of different viewpoints. Some viewed Judas as a hero, others believed Jesus didn’t have a physical body (contra John 1:14), and still, others saw Christ as nothing more than an enlightened teacher of esoteric wisdom. Because they do bear a resemblance to biblical Christianity, many assume that they were Christian. A cursory glance at a few of these writings should be enough to dispel this popular myth.The Gospel of Thomas is often labeled as Gnostic, although some scholars take issue with that designation. What we do find is that it makes no mention of Jesus being divine, unlike the canonical Gospels. It famously records a scene in which Jesus says he must turn Mary into a man for her to have salvation (Saying 114). Whether this is a misogynistic reference, or merely one against sexuality in general (a feature of ancient Gnosticism) is unknown. Either way, it stands at odds with the biblical text, which values women as part of God’s creation and views sexuality as a creation of God to be enjoyed by humanity.The fragmentary Gospel of Peter was discovered in the tomb of an early medieval monk near Akhmim, Egypt, in 1886-1887. The extant manuscript includes only a passion narrative but might have included more originally. It is famous for its inclusion of a walking, talking cross and a Jesus who is impossibly tall (his head extends up above the clouds). It appears to have elements of Docetism, a Gnostic view in which Jesus appeared only as a spirit without a physical body (contra Luke 24:42-43; 1 John 1:1). Very few scholars date this work to the first century; most date it to the second century and later. In addition to its docetic tendencies, the text differs from the New Testament Gospels in that its author was ignorant of Jewish customs while the biblical authors were not. It could be described as anti-Semitic because it places the blame for Christ’s death squarely on the Jews while exonerating the Romans completely.The Apocalypse of Peter provides an account that reads much like Dante’s Inferno. Peter takes a day trip to hell, where he sees all the horrors experienced by the unredeemed in the afterlife. Blasphemers are hanged by their tongues over an eternal flame, murderers and their co-conspirators are thrown into the midst of writhing, tormenting creatures, and women who seduced men are hanged by their hair over hot, bubbling mire. Not only does the text include disturbing imagery found nowhere in the Bible, but some of the punishments also seem to be drawn from—or at least inspired by—Greek mythology. Despite being written fairly early—appearing perhaps the first half of the second century—Christians never included it in the canon.When the media features stories about the books left out of the New Testament, we have to realize that these books were never considered “Christian.” They came from authors who subscribed to a vastly different worldview that stemmed mostly from Greek philosophy. Also, these works frequently contradicted or rewrote significant portions of the Hebrew Bible. They appeared far too late to have any historically reliable material about Jesus and the apostles. Looking at the issue objectively, we can tell the difference easily between the books authored by inspired writers and the later, fanciful creations of the Gnostics tainted by Greek philosophy, mythology, and human biases.