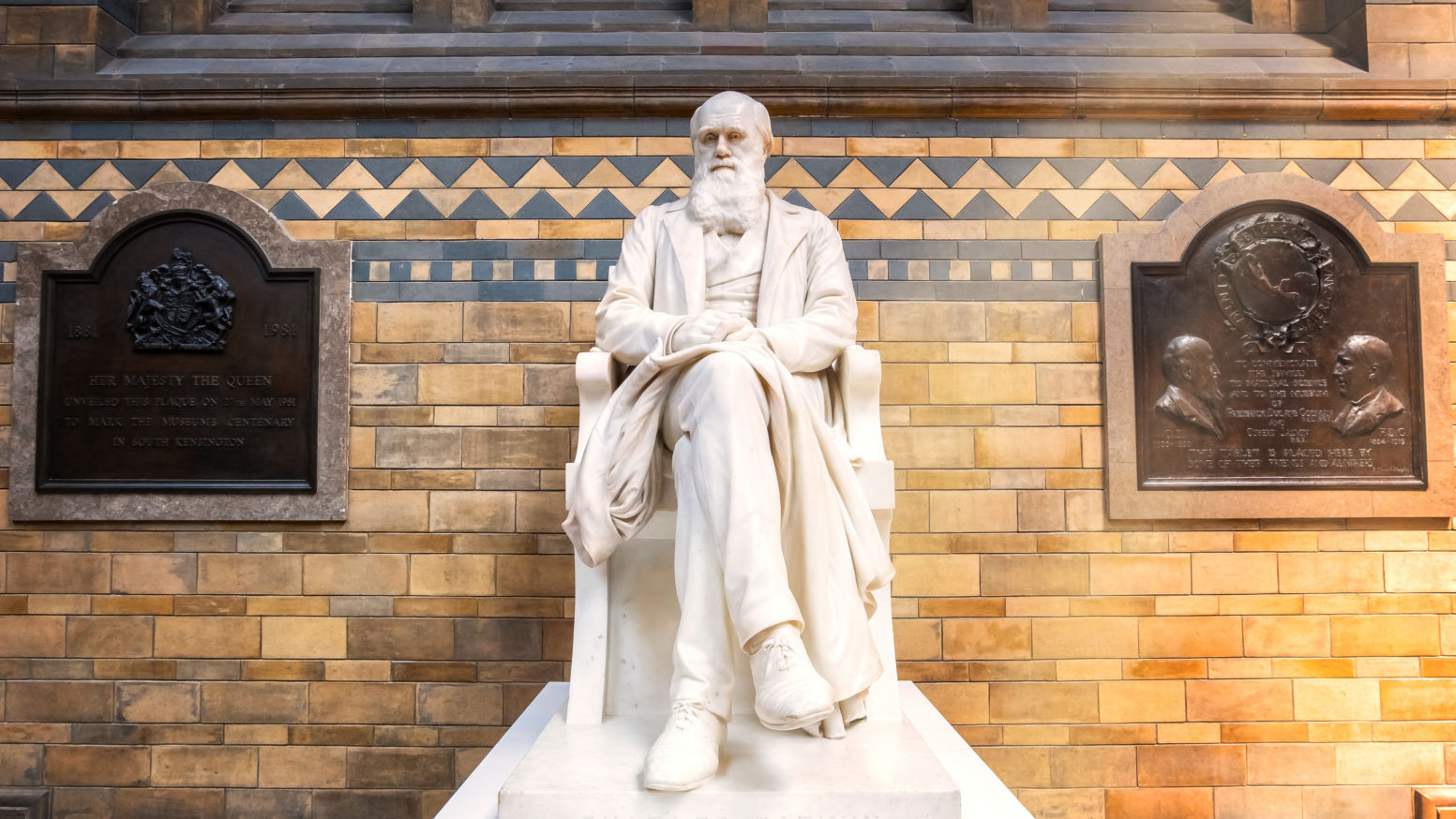 During the early 2000s, The New Atheist movement gained steam, pronouncing that belief in God was incorrect and damaging to society. Many atheists like Richard Dawkins argued that because of the truth of evolution, there was no need for God. Charles Darwin's theory of evolution, they argued, allowed atheists to be intellectually satisfied. In response, many Christians debated the New Atheists on the merits of Darwinian evolution. This was a worthwhile effort. But I fear that many of us may have mistakenly come to believe that if we defeat evolution, we have proved Christianity. This just isn't so. In fact, this is a logical fallacy known as a non-sequitur. The one proposition, "Christianity is true," does not follow from the other proposition, "evolution is false." Consider the following analysis.

If Evolution is False, does that Make Christianity True?

Is Christianity true if evolution is false? The argument can be arranged as follows:

Many Christians agree that (2) is true— evolution is false. But does that mean that Christianity is automatically true? Consider a thought experiment. Let's say, tomorrow, all the biologists in the world agree that the theory of evolution is false and should be abandoned. What should we conclude? We should conclude:

1) The theory of evolution has been deserted as an adequate means of explaining the origin of species.

2) We need to examine a new theory that adequately explains the origin of species.

Neither of these conclusions implies that Christianity is true. For, even if the theory of evolution is false, it could be that Islam, Judaism, Buddhism, or some other religious or naturalistic theory correctly explains the reality we share. Therefore, even if evolution is false, Christians still need to show that Christianity is true. We can do this by arguing in support of God's existence, the historical reliability of Scripture, and the fact of Jesus' resurrection.

My concern for the Church is that we've become so hyper-focused on evolution we have sacrificed studying other current issues that many Christians see as obstacles to their faith, such as objections to the resurrection and atonement, historical Jesus studies, and sex, gender, identity issues.

As a campus minister at a university, my experience has been that these issues, more so than the discussion of evolution, are what drive doubts and concerns amongst young adults navigating both their faith and culture. Therefore, if the Church is to meet young people where they are, odds are it isn't starting with a discussion about evolution.

I think everyone should investigate whether the theory of evolution is true. It was a central topic in apologetics from the 1920s-to the early 2000s. We should all examine the issue for ourselves and in our apologetics classes. However, we should be careful not to assume that if evolution is false, Christianity is true. Even if evolution is incorrect, it doesn't automatically mean Christianity is true. I pray that we all dedicate ourselves to being critical thinkers, diligent students, and excellent communicators regarding any problems within the theory of evolution and make the cumulative case for the Christian faith. Christianity does not stand or fall with evolution. It stands or falls based on whether Jesus rose from the grave.