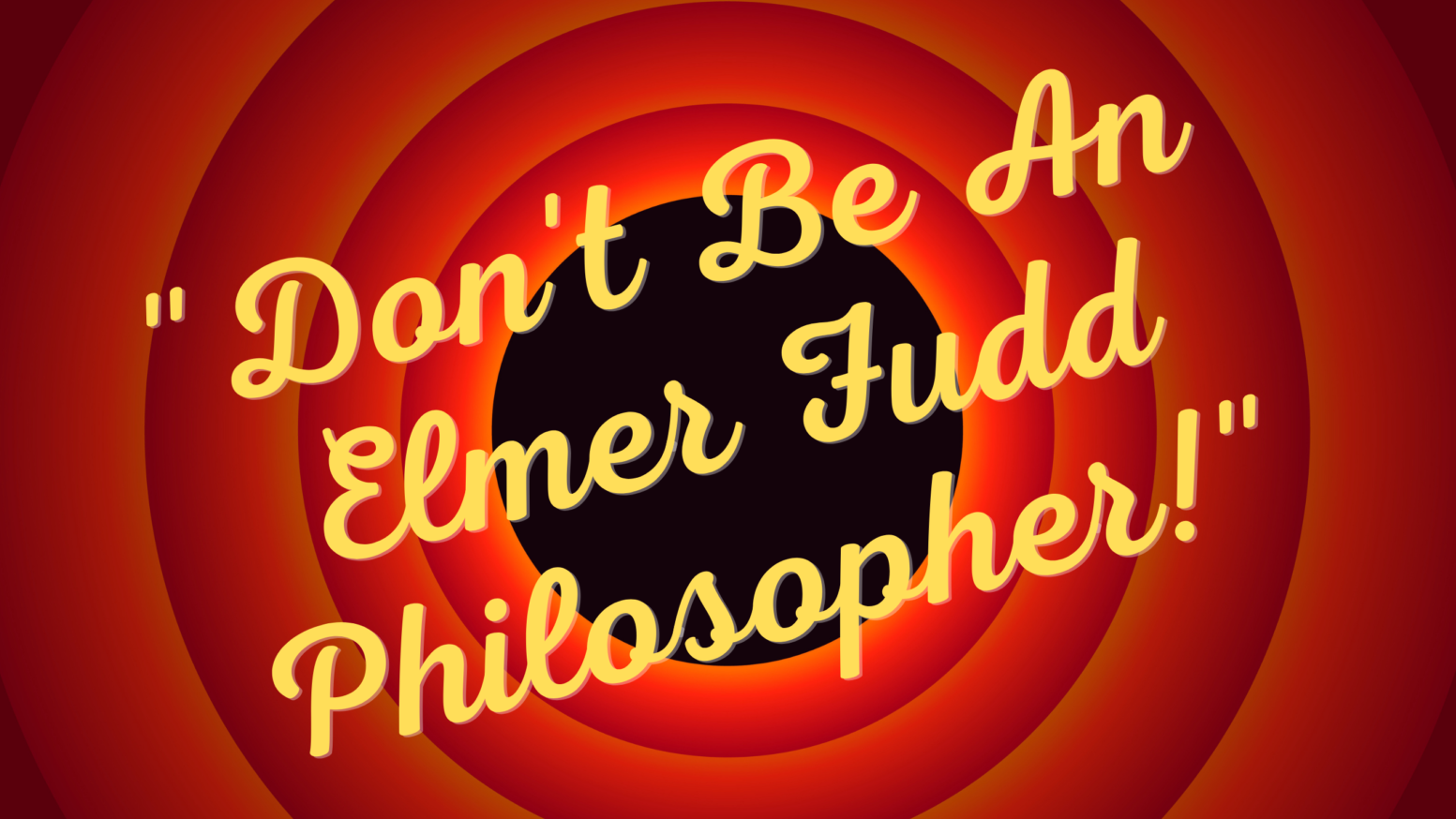 Growing up, I watched Loony Tunes, a cartoon show that made me laugh, every Saturday morning. My favorite cartoons were the ones that pitted Bugs Bunny against Elmer Fudd. The cartoon was so funny to me because no matter what Fudd did to try and capture Bugs Bunny he always failed. He was constantly inflicting more harm on himself than on Bugs. This was mainly because Bugs Bunny turned Fudd’s plan against him. I believe we can take a tip from Bugs Bunny in defending the Christian worldview by watching for Elmer Fudd philosophy.

In defending our faith, we need to be on the lookout for things called “self-refuting statements” because they inflict harm on themselves (like Fudd). As defenders of the Christian worldview, we need to identify these and point them out to our non-believing friends with grace and compassion. For example, let’s say you’re in a conversation about morality with an atheist, and they say something to the effect of, “I don’t believe in absolutes.” To see if this is a self-refuting statement, apply the statement to itself. In saying, “I don’t believe in absolutes,” your friend has made an absolute statement about morality. Therefore, their argument collapses in on itself, rendering it useless.

Another common atheist objection is, “If God created the universe, who created God?” this is known as a category fallacy—the logical error of presenting things from one particular category as if they belong to a different category. For instance, what if I asked you, “Do you know what the color green tastes like?” Of course, you don’t, and you never could know because colors are seen, not tasted. So, in the case of the question about God’s creation, the question is self-defeating because God, by the traditional Christian understanding, is not created but eternal. Thus, the person posing the question is asking, “Where did the uncreated Creator of the created universe come from?” Such a question is incoherent.

Here are some other self-refuting statements Christians should be on the lookout for when engaging with non-believing friends:

While I’ve only mentioned a few additional self-refuting statements, there are several more that could be mentioned. But remember, to see if a statement is self-refuting, turn it on itself as Bugs Bunny does Elmer Fudd’s plans!

By being mindful of what Elmer Fudd philosophy looks like, Christians can accomplish two main objectives:

Let's be Bugs Bunny philosophers in an Elmer Fudd world!