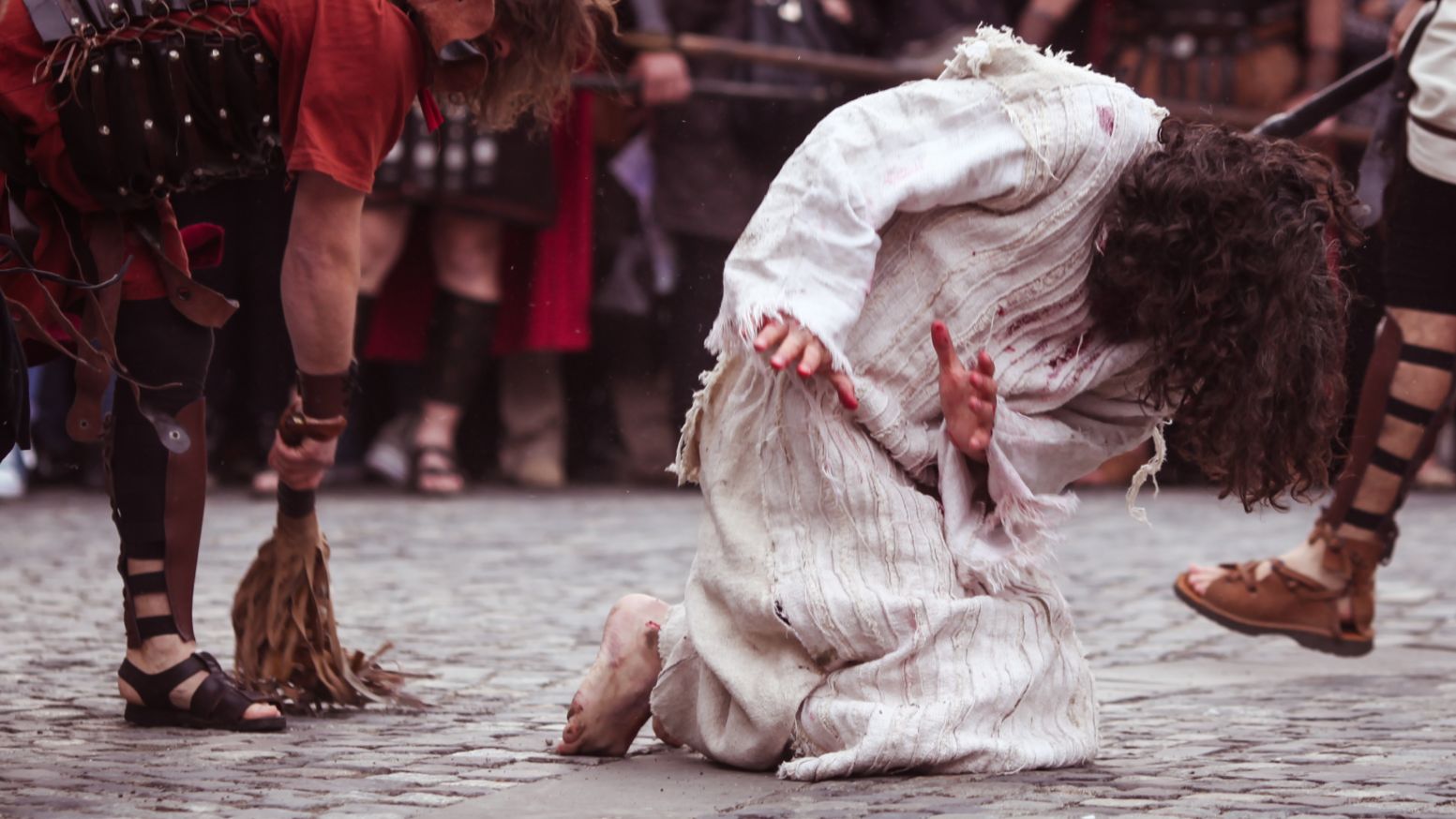 The doctrine of penal substitutionary atonement is often attacked with the charge of cosmic child abuse. In The Lost Message of JesusSteve Chalk and Alan Mann ask us how Christians can believe that “at the cross, this God of love suddenly decides to vent his anger and wrath on his own Son?”[1]The image of the cross which many see is similar to Abraham and Isaac’s three-day journey to the mountain for Isaac’s sacrifice. That was an important prequel for Christ, but there are also some major differences. The major difference is that Abraham and Isaac were not “consulted” in the event. Abraham and Isaac’s heroic and submissive faith in the sovereign God is on display. This part of the story does not teach us about the interworking of the Trinity.

To understand theology in general, and the atonement now, we must go back to the essence of the eternal God and his eternal decrees. The Father, Son, and Spirit do nothing apart from one another. Whenever there is an act of God, the entire Trinity is involved in that work. There is no separation in their “wills” or actions. Barth summarized thus: “it is always true that He who acts here is the Father and the Son and the Spirit. And it is true of all the perfections that are to be declared in relation to this work of God that they are as much the perfections of the Father as of the Son and the Spirit. [By appropriation] this act or this attribute must now be given prominence in relation to this or that mode of being in order that this can be described as such.”[2]

When God does anything, the entire Trinity is involved in perfect harmony though with different emphases.[i]Since the Father, Son, and Spirit were/are in complete agreement and were together as the Divine impetus for the cross, the charge of “Cosmic Child Abuse” cannot be leveled. It was the will of the Father, but it was also equally and eternally the will of the Son and Spirit. Ontologically, the Trinity is fully equal so that “there is no subordination among the persons. Father, Son, and Spirit are equal; that is to say, they are equally God, equally divine.”[3]The Trinity relates to creation differently. As John Frame wrote, “the three persons of the Trinity take on a sort of division of labor with regard to creation and redemption: the Father plans, the Son executes, the Spirit applies. In this great drama, the Son voluntarily becomes subordinate to the Father.”[4]Scott Swain described the situation this way: the external operations of the Trinity are ‘indivisible’ or ‘inseparable.’ This follows from the principle that who God is in himself (ad intra)determines the shape of God’s free actions outside of himself (ad extra).” The result of this is that the Trinity, which is simple (without parts or composition), must act indivisibly in their external actions. Swain said, “The three persons do not merely ‘cooperate’ in their external works, as if each person contributed his distinctive part to a larger operational whole. All of God’s external works—from creation to consummation—are works of the three divine persons enacting one divine power, ordered by one divine wisdom, expressing one divine goodness, and manifesting one divine glory.”[5]

The underlying presupposition behind the “Cosmic Child Abuse” theory is that the Father afflicted Jesus without his consent or that Jesus necessarily submitted to the Father’s will. This presupposition is the result of a faulty view of the Divine nature. Once the faulty view of the Divine nature is corrected, then the beauty of the atonement can be appreciated, and God can be praised for his act.

The cross of Christ cannot be said to be “Divine Child Abuse” because God the Father and God the Son share the same will. The Father is a Divine person and the Son is a Divine person, but they share the same will.[6]Augustine’s model for understanding the Trinity is helpful for us to understand how the cross could not be seen as abuse since it was the full will of the Trinity. Augustine described the Trinity saying, “Therefore the mind itself, and the love of it, and the knowledge of it, are three things (tria quædam), and these three are one; and when they are perfect, they are equal.”[7]

As we apply this model to the crucifixion of Christ, we see that there is the conception of the event, the love of the event, and the knowledge of it. The conception, love, and knowledge were brought to fruition in creation at Calvary in the flesh of Jesus. Take a moment to marvel at the beauty of crucifixion in the mind of God. Since the cross is the divine plan, it is an eternal, perfect, beautiful, horrific, self-glorifying, redeeming plan shared by the Trinity and not the abuse of Jesus.

[4]John M. Frame, Salvation Belongs to the Lord: An Introduction to Systematic Theology,36.

[6]“Augustine described the unity and equality of the Trinity: “those things are predicated specially in the Trinity as belonging severally to each person, which are predicated relatively the one to the other, as Father and Son, and the gift of both, the Holy Spirit; for the Father is not the Trinity, nor the Son the Trinity, nor the gift the Trinity: but what whenever each is singly spoken of in respect to themselves, then they are not spoken of as three in the plural number, but one, the Trinity itself, as the Father God, the Son God, and the Holy Spirit God; the Father good, the Son good, and the Holy Spirit good; and the Father omnipotent, the Son omnipotent, and the Holy Spirit omnipotent: yet neither three Gods, nor three goods, nor three omnipotents, but one God, good, omnipotent, the Trinity itself; and whatsoever else is said of them not relatively in respect to each other, but individually in respect to themselves. For they are thus spoken of according to essence, since in them to be is the same as to be great, as to be good, as to be wise, and whatever else is said of each person individually therein, or of the Trinity itself, in respect to themselves.” Augustine of Hippo, “On the Trinity,” in St. Augustin: On the Holy Trinity, Doctrinal Treatises, Moral Treatises, ed. Philip Schaff, trans. Arthur West Haddan, vol. 3, A Select Library of the Nicene and Post-Nicene Fathers of the Christian Church, First Series (Buffalo, NY: Christian Literature Company, 1887), 115.

[i]The ESV Study Bible has a great chart which demonstrates the Biblical evidence for the inseparability of operations.

Actions Common to Father and Son and Spirit

Actions Common to Father and Son

Actions Common to Son and Spirit