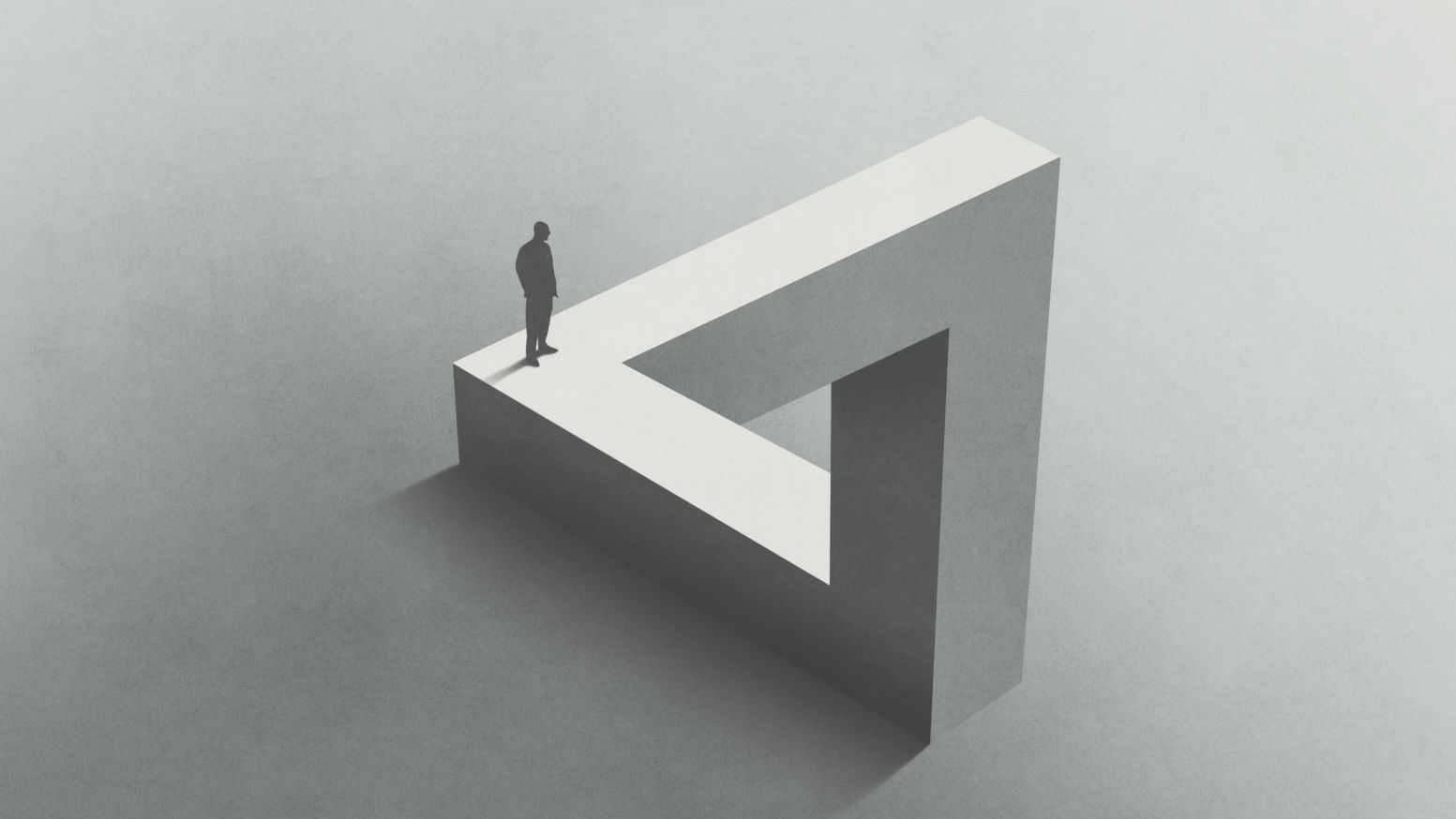 One of the first and most common problems we encounter in the study of philosophy is the concern that we may not be able to see or know the world as it really is. René Descartes, for example, says that we may not be able to trust our senses because they sometimes deceive us (Meditations on First Philosophy). Immanuel Kant argues that there are forms of understanding like space and time that we impose on all objects of perception and that stand between us and true knowledge of the external world. On Kant's view, we cannot see the world as it really is, only as we perceive it (Critique of Pure Reason). Similarly, John Locke theorizes that all knowledge comes from the senses through ideas. He claims that our senses present ideas to the mind and that the mind perceives these ideas and not the actual objects of our world: "the mind, in all its thoughts and reasonings, hath no other immediate object but its own ideas" (An Essay Concerning Human Understanding).

Think for a moment about what this last theory entails. If the mind can only perceive ideas or impressions of the world rather than the objects of the world themselves, then we can never actually or really know the objects of the external world. We can only know our perceptions or impressions of them. This view has serious consequences! It leads to a kind of skepticism about whether we can see the world as it really is. It suggests that we are all bound to a kind of subjective understanding of reality. Reality for me is whatever I perceive it to be and the same is true for you. Furthermore, because Truth is what corresponds to reality, Truth, on this view, is different for each one of us because we all perceive reality differently.

Given these problematic and unpleasant consequences of Locke's theory of ideas, we might wonder what can be said in response. Does Locke have it right about human understanding? Are we incapable of knowing reality as it really is? Are we forced to live in a subjective reality? Must we all be relativists and skeptics? According to Thomas Reid, an 18th century Scottish Enlightenment philosopher, the answer is no. Reid thinks that Locke gets human understanding wrong. In Reid's view, the consequences of Locke's theory, because they contradict our universal human experience, are good reason to reject his theory.

In support of his argument, Reid correctly shows that Locke's theory of ideas leads to skepticism. He says it is both "necessary and sufficient for generating sweeping skeptical results" (Greco in The Cambridge Companion to Thomas Reid, 134). In other words, Reid says that if we believe Locke, we will all be skeptics about our knowledge of the world. Reid summarizes Locke's view and demonstrates that skepticism is its unavoidable result in the following way (Greco):

(1) We can have no immediate object of thought but our own ideas.

(4) We can have knowledge only of what is an object of thought.

(5) External objects are, by definition, not ideas.

According to Reid, when we perceive an external object, our senses are such that the object will cause both a conception of the object and an immediate (non-inferential) belief about it. This means, for example, if we observe a red apple, we will see that the apple is red and will immediately believe something like this is a red apple. Nicholas Wolterstorff explains Reid's theory of perception as follows (Wolterstorff, Nicholas. "What Sort of Epistemological Realist was Thomas Reid?". Journal of Scottish Philosophy. 4 (2): 111–112. doi:10.3366/jsp.2006.4.2.111):

(1) The objects of acts of perception are external objects-That is, mind-independent spatially-located entities;

(2) The necessary and sufficient condition for perceiving an external object is that the object cause in one a conception thereof and an immediate (non-inferential) belief about it;

(3) We human beings are so made that, in perception, the external object causes a conception of, and an immediate belief about, itself, by way of causing a sensation which in turn causes ('suggests') the conception and immediate belief;

(4) The sensation may cause, and often does in fact cause, the conception and belief without one's being sufficiently attentive to the sensation for a belief about it to be formed in one.

Because, Reid's theory of direct perception is simpler than Locke’s theory of ideas and because it is apparently sufficient to explain the phenomenon of perception, we should accept it as the superior theory. Furthermore, in that Reid exposes the problems with Locke's theory of ideas--it conflicts with our universal human experience and it posits an unnecessary cause--we should reject Locke's theory with its skepticism. The good news is, Reid is right. We can and do see the world as it really is.