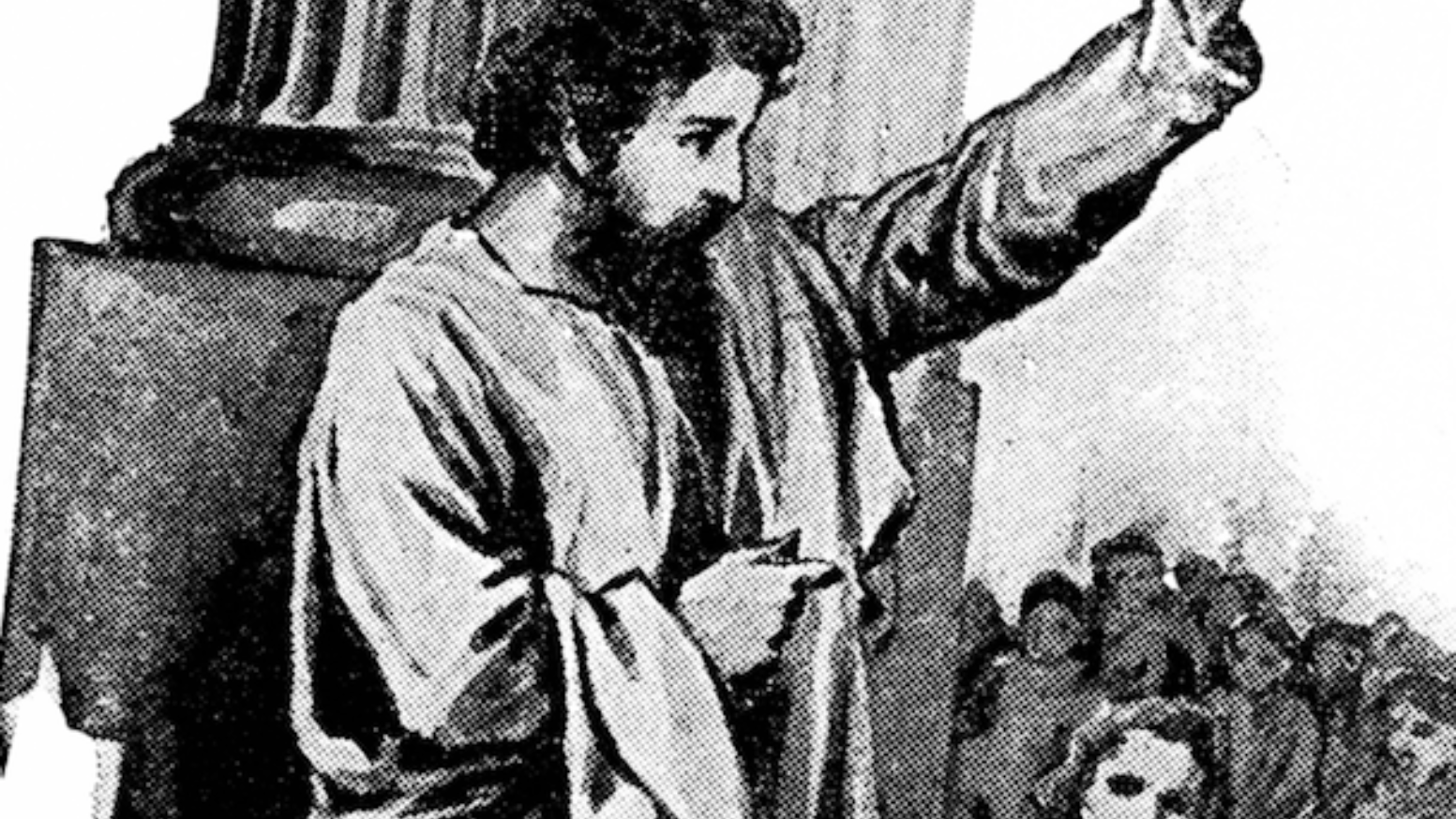 There’s a lot that Christians can learn from the apostle Paul. Not only was Paul an apostle, but he was also an extremely successful evangelist (1 Cor. 9:19-23) and a prime example of how to keep the faith in the face of suffering (2 Cor. 11:23-28). Christians should imitate Paul as he imitated Christ (1 Cor. 11:1) and put into practice what we see in his faithful life (Phil. 4:9).

One of the areas in which Paul excels as a Christian example is in the realm of apologetics. Almost immediately after his conversion, Paul (Saul) preached to the Jews in Damascus “proving that Jesus was the Christ” (Acts 9:22 ESV). It is likewise recorded that Paul spent three sabbath days in Thessalonica reasoning, explaining, and proving, that Jesus was the awaited Messiah (Acts 17:1-3).

Though Paul’s ability to reason with and persuade his Jewish kinsman was admirable, his interaction with the Greek philosophers of his day is what we will be spending our time dissecting in this series of posts. Paul’s discourse on Mars Hill in Acts 17:22-34 parallels our modern-day apologetics setting in a number of ways. Like many with whom we engage in apologetic discourse today, the philosophers of the Areopagus did not believe in the monotheistic God of Judaism nor the Scriptures. From Paul’s approach in Athens, we can learn how to approach the skeptics and non-believers in our modern-day context better.

The first apologetics lesson we can gather from Paul’s discourse at the Areopagus is that we need to be seeking the most opportunistic platforms for discussion. This lesson develops itself in the narrative of Acts 17 in two ways. First, Paul sought those who were willing to engage in discourse. Second, Paul took advantage of opportunities when they come his way.

Before Paul ever made it to the Areopagus, he was reasoning every day in the marketplace with those who were there (Acts 17:17). This may seem like an incidental detail, but the Agora (“marketplace”) in Athens was more than a grocery store. The agora was “the hub of Athenian life.”[1] Paul wasn’t hanging out in the agora to bombard some unsuspecting shoppers with proof for Jesus’ resurrection as they browsed for grain and textiles. He was trying to speak for Christ where it was most effective. The Agora was the center of social life and ideas were shared and debated. Hence, while at the agora, Paul was able to converse with some Epicurean and Stoic philosophers (Acts 17:18).

What is the Agora’s equivalent today? It’s kind of hard to say as modern western life drifts further away from certain aspects of community living. One could argue that the modern-day agora might be the internet or social media. Perhaps it’s the coffee shop or the university. Whatever the agora might be today, we have one in our context, and we should be present in it reasoning about Christ. We have a place in our community (virtual or real) where we can go and try to create conversations about Christianity and its claims with people who are interested. We ought to learn from Paul and take advantage of these places in our lives wherever they might be. Paul’s focus was on being as effective as possible, and part of that was using some discretion and wisdom regarding where he went to proclaim Christ. The agora gave Paul the best bang for his buck if you will. It was too good of an opportunity to pass up.

Not only did Paul seek the most effective place to reason about Christ, but this initial effort led to a greater opportunity which he was able to capitalize on. The narrative records that because of Paul’s reasoning in the agora he was invited to speak at the Areopagus where the “Athenians and the foreigners who lived there would spend their time in nothing except telling or hearing something new” (Acts 17:21). Paul had hit the jackpot of apologetics opportunities. Now Paul was able to proclaim the true God of heaven and earth to people who were interested in hearing what he had to say.

There are a few things we can learn from Paul in this situation. As apologists, we need to not only be present in the “agora” or our time, but we need to be ready for whatever greater opportunities the “agora” might lead to. Whether that is a discussion with somebody who is particularly interested, or an invite to some kind of event, etc., we need to be ready to defend Christianity to those who are willing to listen by going to them and seeking them out. If we pray for God to present us with these kinds of opportunities He will, but we must make sure we are ready for them when they come.

So, from the context of Paul’s discourse on Mars Hill, we learn about taking advantage of opportunities in a wise manner. Find the “agora” in your context and start praying and discussing. Who knows which doors God will open for you once you put in the initial work?