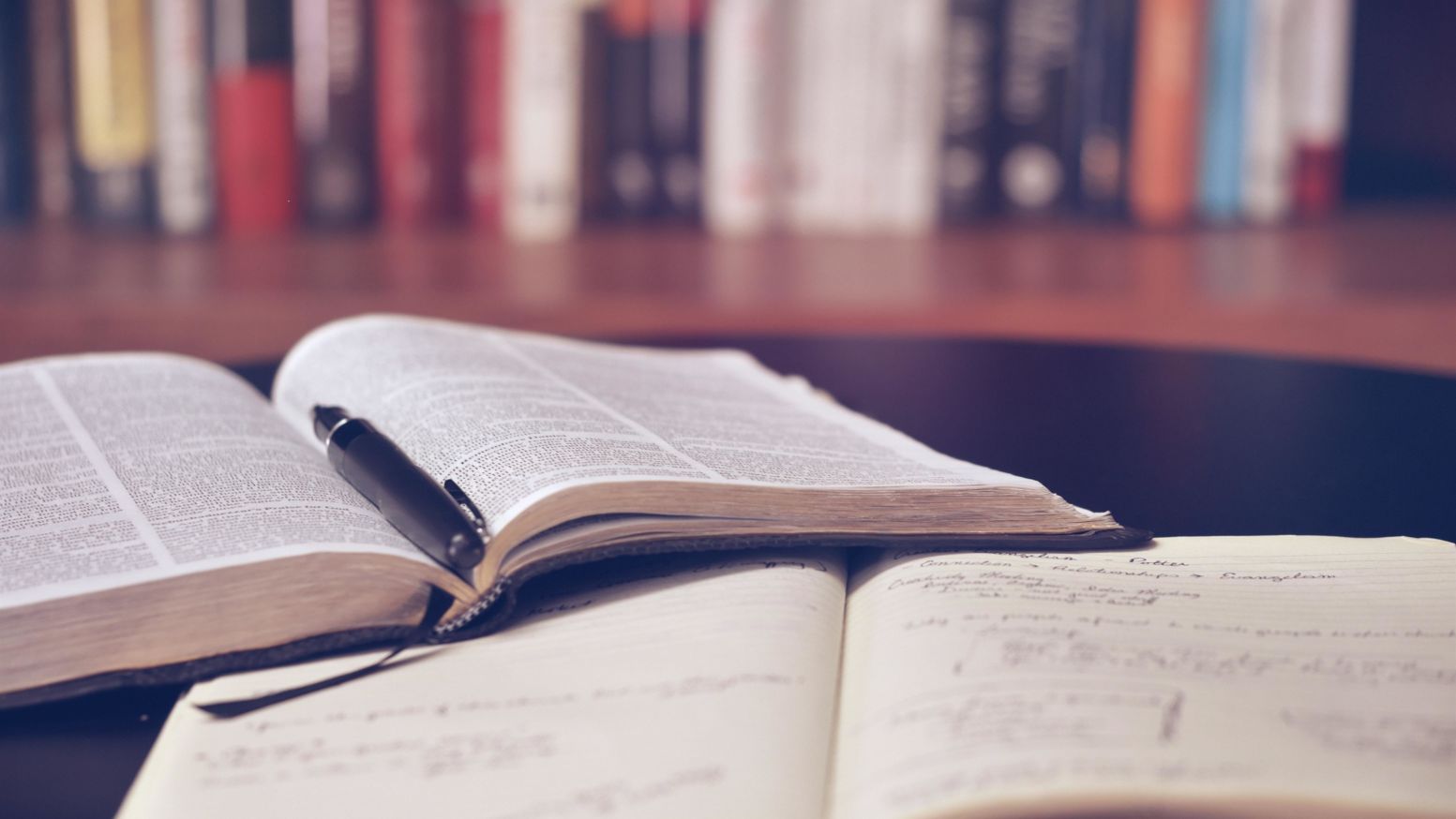 Believers have defended the Christian faith for two thousand years. Over this time, Christians have developed new arguments in light of humanity’s progress in technology and our exploration of forgotten cultures. Scholars understand that the world depicted in the Bible matches what we find in ancient texts and archaeological data. Even in the smallest details, the Bible has demonstrated its trustworthiness in light of the information we have from the ancient world.

Arguments for the defense of the Christian faith wax and wane in popularity. One such approach is the argument from undesigned coincidences. An undesigned coincidence is an unplanned connection appearing in two or more texts in which the authors worked independently of one another. To put it another way, this is an instance where incidental details from one account fill in gaps left by the author of another. Even though the authors did not collaborate, the references fit together like pieces of a puzzle. Taken together, these items demonstrate the historical reliability of the biblical text.

Apologist William Paley (1743-1805)— better known for his “blind watchmaker” argument—coined the phrase “undesigned coincidence” in the 18th-century. Paley’s approach was used by the 19th-century Anglican priest John James Blunt (1794-1855), who published his book Undesigned Coincidences in 1847. Although this argument remained popular in the 19th century, it eventually faded from use. Recently, Christian apologists have renewed its lease on life.

Filling in the Gaps

The argument from undesigned coincidences works in much the same way as evidence in a police investigation. Cold-case detective and apologist J. Warner Wallace states, “No single witness is likely to have seen every detail, so I must piece together the accounts, allowing the observations of one eyewitness to fill in the gaps that may exist in the observations of another eyewitness …. True, reliable eyewitness accounts are never completely parallel and identical. Instead, they are different pieces of the same puzzle, unintentionally supporting and complementing each other to provide all the details related to what really happened.”[1]

The argument from undesigned coincidences does not rely on a few strong points; rather, it constructs a tapestry of biblical reliability one thread at a time. One or two examples would never be enough to convince a skeptical person. Instead, the power of the argument comes from the cumulative weight of these small bits of evidence.

We must note that these coincidences do not appear to emerge from the collaborative efforts of their respective authors. This is especially important when we find them in the work of writers whom scholars know did not use the others’ work (such as John and the authors of the Synoptic Gospels). The fact that they are scattered throughout the biblical text indicates that the authors did not attempt to harmonize their accounts.

They also do not appear to have been placed in the text intentionally to get the reader’s attention. As they usually take the form of comments made in passing, the temptation for an author putting them there deliberately would be to do so in a way that would be obvious enough to get the reader’s attention; otherwise, it would not serve its purpose. It would require considerable restraint on the part of the author to create details that would be appreciated only by a small number of readers and passed over by the rest. Also, it is supremely unlikely that they could be the product of chance. Overall, that these supporting details are mentioned in passing lends credibility to the biblical text as a record of historical events.

Undesigned Coincidences Between John and the Synoptic Gospels

Connections between John and the Synoptics are especially noteworthy because virtually all scholars agree that John did not use the Synoptics as sources. One such link appears in the account of the feeding of the five thousand, located in all four Gospels (Matthew 14:13:21; Mark 6:31-44; Luke 9:12-17; John 6:1-14). Jesus asks Philip where the disciples can buy bread for the people to eat, a detail omitted by all three Synoptic Gospels. With Philip as a relatively minor figure among the disciples, the reader’s natural question should be why he does not ask one of the more prominent disciples, such as Peter, James, or John. It is also curious that he does not ask Judas, who held the money purse for the group (John 12:6). Jesus’ choice of Philip becomes clear when we understand that the feeding takes place near the city of Bethsaida—a detail Luke alone mentions (Luke 9:10)—which happens to be Philip’s home town, a detail mentioned only by John (John 1:44; 12:21).

Another coincidence appears in Luke’s and John’s accounts of the Last Supper. Luke records the preparations for the meal (Luke 22:7-13) and the institution of the Lord’s Supper (vv. 14-23). He also includes a dispute between the disciples over who will be greatest (vv. 24-30), apparently a not-uncommon occurrence (Mark 9:33-37; cf. Matthew 18:1-4). John famously records the moment when Jesus, seeing that the men’s feet have gone unwashed, picks up a pitcher and towel and goes to work (John 13:1-20). While Jesus’ washing the disciples’ feet appears only in John, the dispute arises only in Luke. Each one informs the other in accounts that give no appearance of having been designed to complement one another.

John records a conversation between Jesus and Peter after the resurrection in which Jesus asks Peter three times, “Do you love me?” (John 21:15-17). On the surface, it could appear that Jesus is merely asking for a renewed commitment from his repentant disciple. But his precise wording (“Do you love me more than these?”, v.15) and the three-fold question seem to have a purpose. We only discover this when reading Matthew’s and Mark’s accounts of Jesus’ conversation with his disciples immediately before his arrest, in which he says they will all fall away (Matthew 26:31-35; Mark 14:27-31). Peter vehemently denies this, saying that if all the others fall away, he will not do so. Jesus’ questions seem to reflect not only Peter’s three-fold denial (John 13:38) but his boast that his dedication is superior to that of the other disciples (appearing only in Matthew and Mark).

Undesigned Coincidences Between the Book of Acts and Paul’s Letters

The book of Acts has long been viewed as a historically reliable document. In his classic work Roman Society and Roman Law in the New Testament, historian A. N. Sherwin-White (1911-1993) lauds the historical veracity of the book of Acts. He states, “For Acts the confirmation of historicity is overwhelming …. [A]ny attempt to reject its basic historicity even in matters of detail must now appear absurd. Roman historians have long taken it for granted.”[2] The book of Acts not only passes the test of historical credibility when compared to what scholars know of the first-century Roman world, but it also provides points of contact with the Pauline epistles.

Then writing to the church in Thessalonica, Paul casually refers to his mistreatment at Philippi, indicating that the church was well aware of what happened there (1 Thessalonians 2:2). The book of Acts fills in the details as to why the congregation would know what Paul and Silas suffered. After their release from prison, Paul and Silas left the city and traveled through Macedonia, later arriving in Thessalonica (Acts 17:1). It was then that Paul no doubt made the congregation aware of recent events, to which he later alludes in his first epistle. Paul also mentions that he had preached in Thessalonica “in the midst of much conflict,” which is also recorded by Luke (Acts 17:5-8).

Another connection can be found between 1 Corinthians and Luke’s description of Paul’s travels. The apostle tells his readers that he knows they have formed factions that follow different preachers, with Paul and Apollos among them (1 Corinthians 1:12). He later mentions the fact that he “planted, Apollos watered, but God gave the growth” (1 Corinthians 3:6). This casual reference to Apollos’ work dovetails with the material in Acts, which indicates that he arrived in Corinth after Paul had left (Acts 18:24-19:1). Luke’s reference to Apollos being an eloquent man may also explain part of the problem with the factions in Corinth (cf. 1 Corinthians 2:1). Perhaps Apollos had a silver tongue favored by some, while Paul’s straightforward preaching appealed to others.

It is fairly easy to determine that the Bible is not mythology—all we have to do is see that the typical characteristics of pagan myths do not appear in the biblical text. Any objective observer can also see that the Bible is not a fabrication. Too many references to biblical figures of importance appear in extra-biblical literature for it to be classified as fiction or even historical fiction (which did not exist as a literary genre in ancient times). But is the Bible historically trustworthy? This is where the argument from undesigned coincidences serves an important apologetic function.

Every Christian wants to know whether they can trust the Bible as the Word of God. Many excellent arguments enable believers to answer this question with confidence. Some may prize evidence from paleontology, such as soft tissue discovered in the fossilized remains of dinosaurs who could not have died out 65 million years ago. Others look to archaeological evidence that has confirmed the factuality of hundreds of biblical references to ancient people, places, and events. We should not overlook the small details, however. The argument from undesigned coincidences gives us a delightful, if a nuanced, argument for the historical reliability of Scripture.